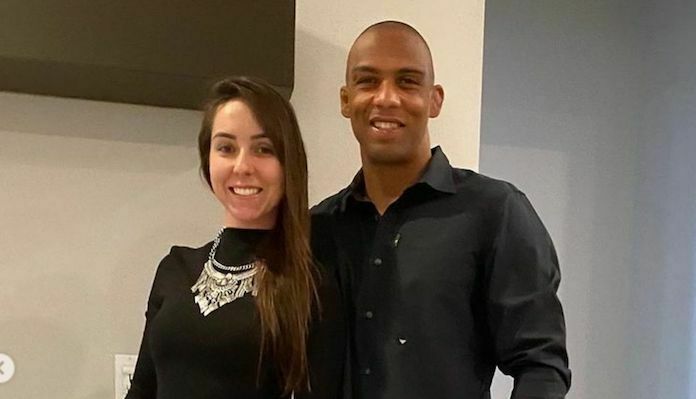 Barboza suffered a third-round knockout defeat to Chikadze in the main event of UFC Vegas 35. Although Barboza was the slight favorite heading into the bout on the basis of his UFC experience and a higher level of competition, Chikadze had a true break-out performance as he picked up the seventh win of his UFC career with the knockout defeat.

For Barboza, this was an especially tough loss that will sting because he was looking to make a title run at 145lbs at age 35 following back-to-back wins over Shane Burgos and Makwan Amirkhani. After getting stopped by Barboza in such a lopsided fashion, though, it appears as though the Brazilian will have his work cut out to get back into the title picture.

Not only was the knockout loss hard for Barboza to deal with, but it’s also not easy for his family, especially his wife Bruna, who had to see her husband get knocked silly all over the canvas. Taking to her social media following the fight, Bruna Barboza reacted to seeing her husband get knocked out, suggesting she is just happy that he wasn’t seriously injured.

And in the end, that’s what matters! Thank you, Lord, for bringing my husband home in good health! To You all praise and thanks in our lives! @edsonbarbozajr

For Barboza, the loss to Chikadze will likely bump him to the No. 10 spot that Chikadze previously held at 145lbs. The Brazilian is now just 2-2 as a featherweight but overall he has a 16-10 record in the UFC which includes his time as a lightweight. While the Brazilian is still one of the most feared strikers at 145lbs, he may decide to take a bit of a break and spend time with his family following his wars with Chikadze and Burgos this year.

What do you think is next for Edson Barboza following this knockout loss to Giga Chikadze?