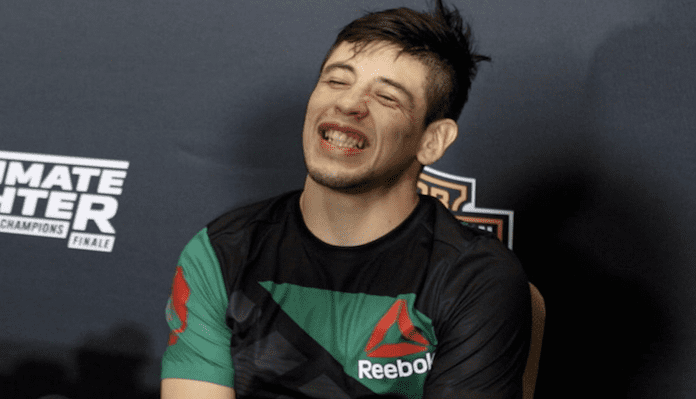 Moreno took the MMA world by storm earlier this year when he submitted his archrival, Deivieson Figueiredo, via third-round rear-naked choke to win the UFC flyweight title. As the division’s champion, Moreno has to always keep a close eye on what else is happening in the 125lbs division. At UFC 269, there was a huge flyweight fight between the former bantamweight champion Garbrandt and one of the top contenders in the weight class in Kara-France. Although Garbrandt was a slight betting favorite heading into the fight, it was Kara-France who beat the odds as the underdog by knocking out Garbrandt in round one.

Well, it appears as though Kara-France was counting on Garbrandt to win the fight as he bet his money on “No Love” and lost when “Don’t Blink” knocked him out in the first.

Hopefully, Moreno did not bet that much money on Garbrandt as he didn’t put up much of a fight. Although Garbrandt is a very solid fighter, he does not have much of a chin these days and he suffered an absolutely brutal knockout loss to Kara-France at UFC 269. Moreno will no longer be fighting Garbrandt anytime soon. Although that is a fight that could theoretically happen one day down the road if Garbrandt is able to go on a nice win streak, based on his flyweight debut against Kara-France it’s hard to see him having any success in this weight class. Instead, it feels like Kara-France would be closer to fighting for the belt. With his big win at UFC 269, Kara-France has inched one step closer to fighting Moreno.

How excited are you to see Brandon Moreno return to the Octagon and fight his rival Deiveson Figueiredo in their trilogy fight at UFC 270?