Tonight’s UFC Vegas 44 event is down to a total of thirteen contests following a last minute fight cancellation.

On Saturday afternoon, welterweight Jeremiah Wells took to Instagram where he revealed the unfortunate news that he was forced to withdraw from his slated bout with Jake Matthews.

“Sorry everyone, I just found out that my fight is canceled due to exposure of Covid,” Wells wrote. “My test result came back negative, but one of my corner men had a result of positive. Thank you to everyone who supported me, helped me with this fight camp and cheer me on.”

The announcement marks the second fight cancellation in less than twenty-four hours for the UFC. Yesterday afternoon it was announced that a heavyweight bout between Azamat Murzakanov and Jared Vanderaa was also scratched. 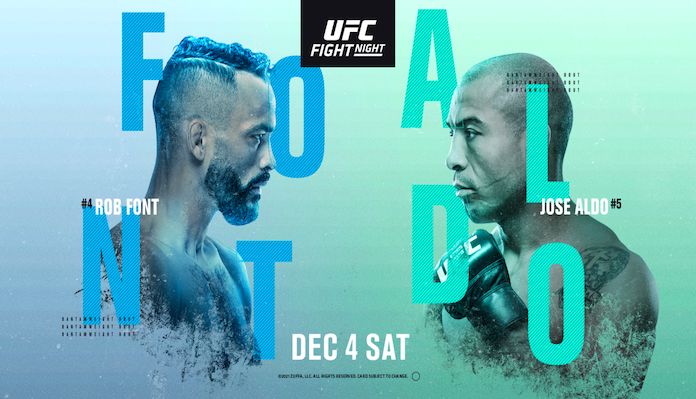 Get tonight’s updated fight card below:

Who are you picking to win tonight’s UFC Vegas 44 main event between Jose Aldo and Robt Font? Share your predictions in the comment section PENN Nation!