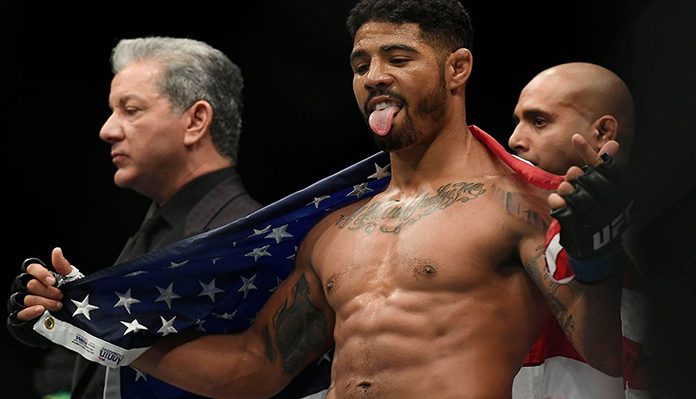 Kenan (16-5 MMA) is currently riding a two-fight winning streak, this after earning wins over Derrick Krantz and Callan Potter in his most recent Octagon appearances.

As for Max Griffin (16-8 MMA), ‘Pain‘ enters tonight’s UFC Vegas 22 event coming off of a TKO victory over Ramiz Brahimaj in his most recent effort this past November. That win was preceded by a split-decision loss to Alex ‘Cowboy’ Oliveira at UFC 248.

Tonight’s UFC Vegas 22 co-main event did not last long as Max Griffin was able to connect with a huge right hand that dropped Song Kenan. From there, ‘Pain’ would follow up with ground and pound to put Song away for good.

Who would you like to see Griffin fight next following his KO victory over Kenan this evening in Las Vegas? Share your thoughts in the comment section PENN Nation!