The highly anticipated welterweight fight did not result in the definitive outcome that most fans were hoping for. Instead, after a strong first round, Leon Edwards wound up landing a nasty accidental eye poke on Belal Muhammad which forced a premature end to their fight.

The no-contest riling prevented ‘Rocky’ from improving his current win streak to nine in a row. 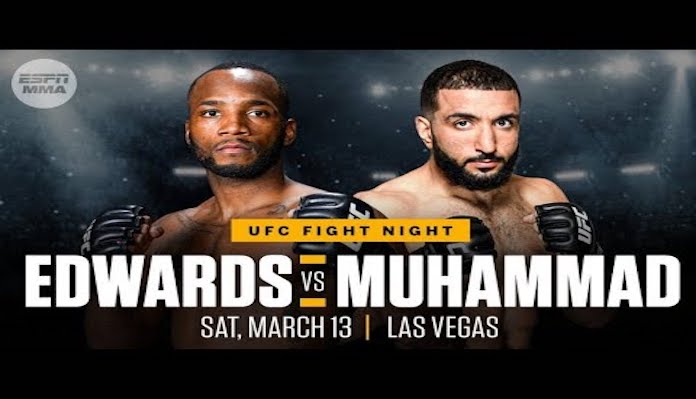 The rest of the UFC Vegas 21 fight card also delivered with some memorable scraps and thrilling finishes.

Performance of the night: Ryan Spann picked up an extra $50k for his first round knockout victory over Misha Cirkunov in tonight’s UFC Vegas 21 co-main event.

Performance of the night: Dan Ige earned an extra $50k for his sensational first round knockout of Gavin Tucker. The Hawaiian standout needed just 22-seconds to end the fight.

Performance of the night: Davey Grant pocketed an extra $50k for his second round knockout victory over Jonathon Martinez.

Performance of the night: Matthew Semelsberger picked up an extra $50k for his sixteen-second knockout of Jason Witt in the first bout of evening.

Are you surprised by any of the performance bonuses handed out by Dana White and company following the conclusion of tonight’s UFC Vegas 21 event? Share your thoughts in the comment section PENN Nation!