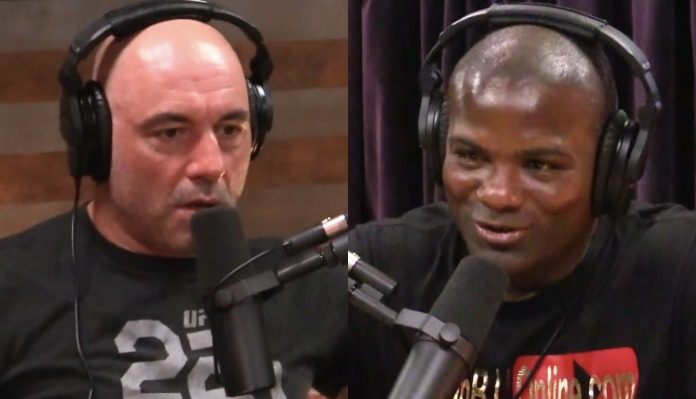 A number of current and former UFC fighters have taken to social media to show their respective support for Joe Rogan.

The longtime UFC commentator, and immensely successful podcast host, Rogan, has been under a lot of scrutiny in recent weeks.

The criticism started with Rogan being accused of spreading “dangerous misinformation” about Covid-19 on his popular podcast “The Joe Rogan Experience”. Those accusations were quickly followed by a number of musicians, including Neil Young, offering Spotify an ultimatum – choose between their music or Rogan’s podcast show.

Rogan took to Instagram with a nine minute video addressing those accusations where he admitted he doesn’t “always get it right”, while promising to “do better”.

The UFC commentator’s post garnered a lot of support with the likes of Dwayne ‘The Rock’ Johnson applauding his response.

“Great stuff here brother. Perfectly articulated. Look forward to coming on one day and breaking out the tequila with you.”

However, after a video of Joe Rogan using the N-word on multiple occasions surfaced on the internet, the former ‘Fear Factor‘ host was once again under fire.

Rogan was quick to address the video admitting that he had “clearly have f*cked up”, but that did not stop him from falling out of favor with the likes of Dwayne ‘The Rock’ Johnson and others (see more on that here).

With that being said, many current and former UFC fighters have since taken to social media to throw their support behind Joe Rogan.

I’ll take Joe Rogan over all these bozos!

We not cancelling @joerogan today y’all trying way to hard

.@joerogan is my boy

I’ll do ya one better @Shanemgillis. If they cancel @joerogan every comic Rogan has ever helped should pull their podcast off Spotify. I’m down. https://t.co/mbxZN85hYC

Do you think Spotify will actually attempt to cancel Joe Rogan following this latest saga of backlash? What is your stance on the longtime UFC commentator and his podcast show? Share your thoughts in the comment section PENN Nation!