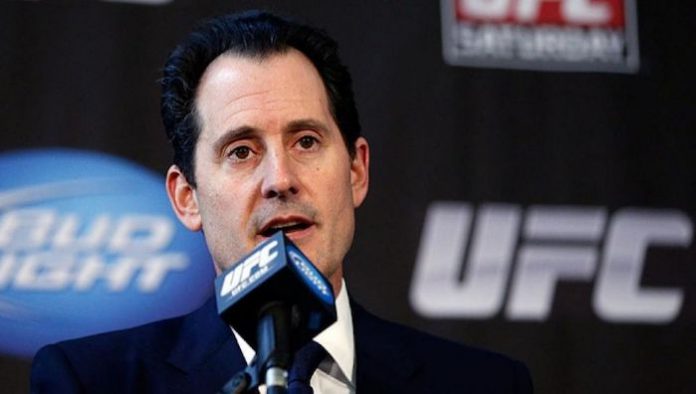 UFC executive Lawrence Epstein took the place of UFC president Dana White at the UFC 243 post-fight press conference. He got the usual questions of who’s next for who, who won the bonuses, what the attendance was, and so on. But he also got an interesting question about fighter pay.

At the UFC post-fight presser, The Athletic’s Ben Fowlkes asked Epstein about fighter pay and if he believes it’s fair the UFC only pays 20 percent of its revenue to the fighters. In comparison, most of the other top professional sports leagues are closer to a 50/50 split.

Epstein wouldn’t answer the question, saying that although he wanted to answer it, his lawyers have advised him not to talk about it.

“I’d really love to answer that question, but unfortunately we’re involved in this lawsuit. The lawyers who run this case ask that they be the only ones who comment on it,” Epstein said. “Got some great answers for you, unfortunately not privy to give them to you right now.”

However, Epstein said that he would be willing to talk about it in the future, although it remains to be seen if that discussion with the media will ever be had. In the past when reporters have asked White and the UFC’s other execs about fighter pay, they have typically not responded to questions about the revenue split between the UFC and the fighters.

Epstein said that he wants to talk about it, but he just can’t.

“When the lawyers say it’s cool for me to talk about — trust me I’m eager to talk about it and answer that question, I can spend 30 minutes answering that question — but unfortunately I’m not in a position to do that,” Epstein said.

The UFC is currently involved in an antitrust lawsuit. But perhaps when that is over then maybe the media, the fighters, and the fans can have more answers about fighter pay.

Do you think UFC fighters should be paid more?