Tonight’s highly anticipated middleweight title fight resulted in a shocking fifth-round come from behind victory for the challenger in Alex Pereira. ‘Poatan’ was down on the scorecards headed into the final round but wound up landing a late flurry that prompted the referee to step in and stop the fight. It was an unbelievable finish to an amazing fight card.

The co-main event of UFC 281 featured a women’s strawweight title fight between Carla Esparza and Weili Zhang. The bout resulted in a second-round submission win for Weili Zhang. The first-round of the contest was back and forth but the Chinese standout was able to secure an early takedown in round two and proceeded to promptly lock-up a fight-ending choke. 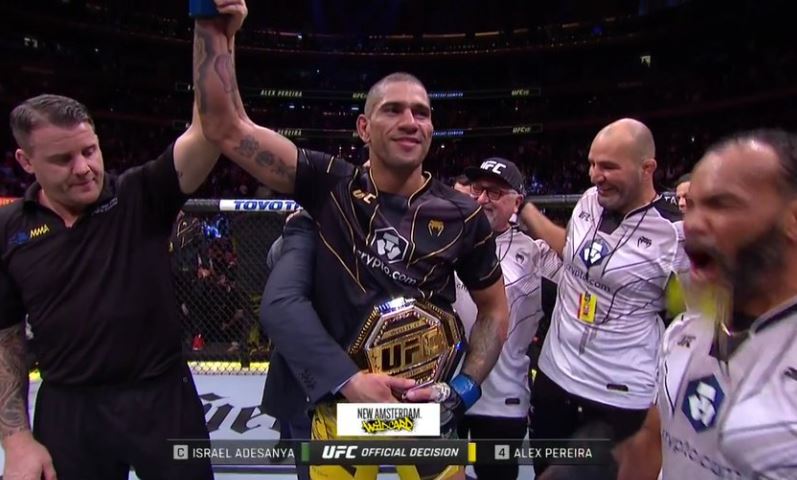 Fight of the night: Lightweight fighters Michael Chandler and Dustin Poirier each pocketed an extra $50k for their thrilling back and forth war on today’s UFC 281 main. ‘The Diamond’ won the contest via third-round submission

Performance of the night: Weili Zhang earned an extra $50k for her second-round submission win over Carla Esparza to reclaim the strawweight title.

Performance of the night: Alex Pereira pocketed an extra $50k for his electrifying fifth-round come from behind TKO victory over Israel Adesanya.

Are you surprised by any of the performance bonuses handed out by Dana White and company following the conclusion of tonight’s UFC 281 event in New York City? Share your thoughts in the comment section PENN Nation!