Rockhold (16-5 MMA) will be ending his three-year hiatus tomorrow evening at UFC 278 when he squares off with perennial middleweight contender Paulo Costa.

Ahead of the fight, which serves as tomorrow night’s co-main attraction, Luke Rockhold has been vocal about his disappointment with fighter pay, healthcare and multiple other issues involving his employer. In addition, the promotions former middleweight champion accused UFC President Dana White of “suppressing the sport” of mixed martial arts. 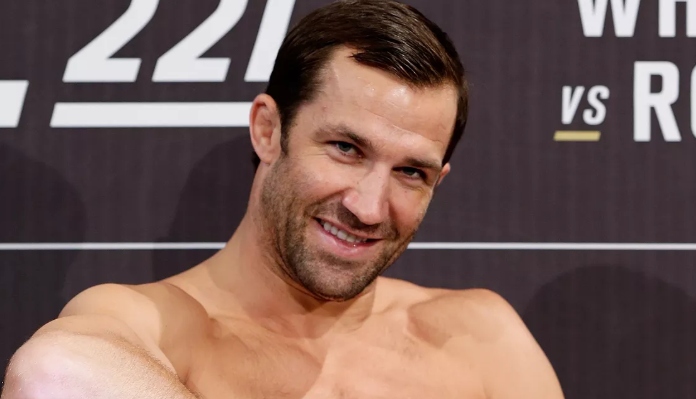 Those comments did not go unnoticed by Dana White who responded during a recent interview with TSN:

“That’s something we’ve been working on since day one,” White said (h/t MMAJunkie). “While they’re fighting here, these guys are very well taken care of, and so is Luke Rockhold.”

Despite being booked to fight on two occasions following his knockout loss to Jan Blachowicz at UFC 239 in July of 2019, Luke Rochhold has yet to step foot back in the Octagon. Injuries forced him to withdraw from slated bouts with Chris Weidman and Sean Strickland, but according to Dana White, the former champ’s healthcare was covered.

“Luke Rockhold was above and beyond taken care of with the issues that he had here,” White said. “I don’t give a sh*t what health insurance plan you have, they would have never covered the things that we covered for Luke Rockhold when he was going through his stuff. Everything he said was absolute f**king gibberish and absolute bullsh*t.”

What do you think of Dana White’s response to Luke Rockhold?

This article appeared first on BJPENN.COM
Previous articleJosh Quinlan says he was “pretty devastated” when the NSAC wouldn’t clear him due to past drug suspension, happy with KO win over Jason Witt
Next articleJorge Masvidal shares his prediction for Kamaru Usman vs. Leon Edwards 2: “I don’t think he stops him or nothing, I just think he wins”
© Newspaper WordPress Theme by TagDiv