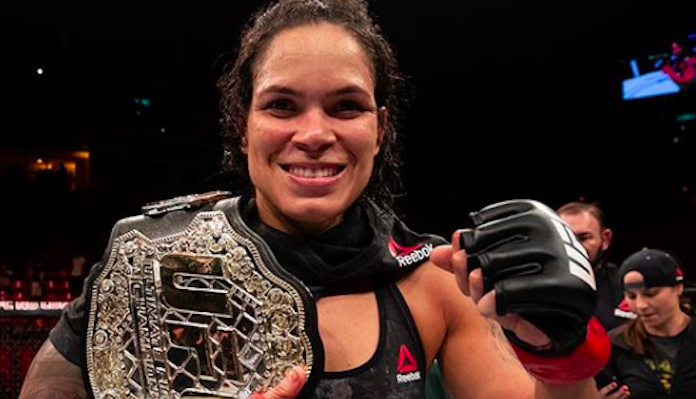 Amanda Nunes puts her UFC women’s bantamweight title on the line against former title holder Holly Holm in the co-main event of UFC 239 this evening.

‘The Lioness’ was last seen in action at December’s UFC 232 event in Los Angeles, where she knocked out Cris Cyborg to become the promotions first ever women’s ‘champ champ’.

Amanda Nunes last competed at Bantamweight in May of 2018, defeating Raquel Pennington via fifth round TKO at UFC 224. 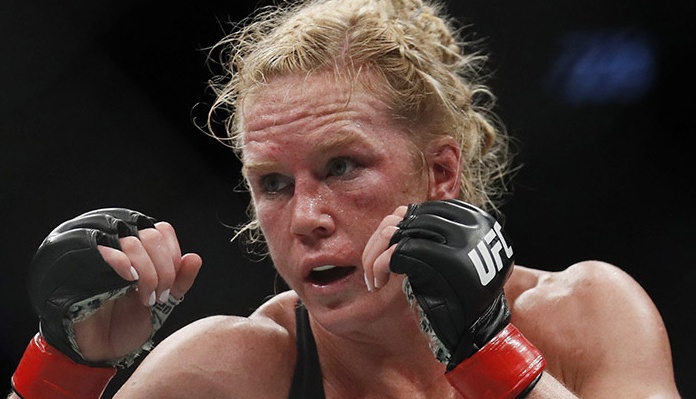 Meanwhile, Holly Holm returns to action for the first time in over a year this evening in Las Vegas. ‘The Preachers Daughter’ most recently competed at UFC 225 in June of 2018, where she scored a unanimous decision victory over Megan Anderson in a featherweight contest.

Holly Holm challenges Amanda Nunes tonight despite having gone just 2-4 over her past six octagon appearances.

Round one of the UFC 239 co-main event begins and there is a bit of a feeling out process to start. Holm is circling around. Nunes shoots in and scores a takedown but Holly is right back to her feet. Holm pressuring now. Nunes lands a body kick and then another. Holly Holm replies with a side kick. Another body kick from Nunes and then another side kick from Holm. ‘The Lioness’ with a head kick that partially connects. Holm steps back and lands another side kick. The fighters clinch and Nunes unloads some knees. She lands a trip takedown but Holly pops right back up. Holm steps in with a left. Nunes counters with a head kick and this one is all over wow!

Amanda Nunes Knocks Out Holly Holm in Round 1. #UFC239 pic.twitter.com/M8Dhn4j6TJ

What did you think of tonight’s UFC 239 co-headliner between Amanda Nunes and Holly Holm? Sound off in the comments section PENN Nation!