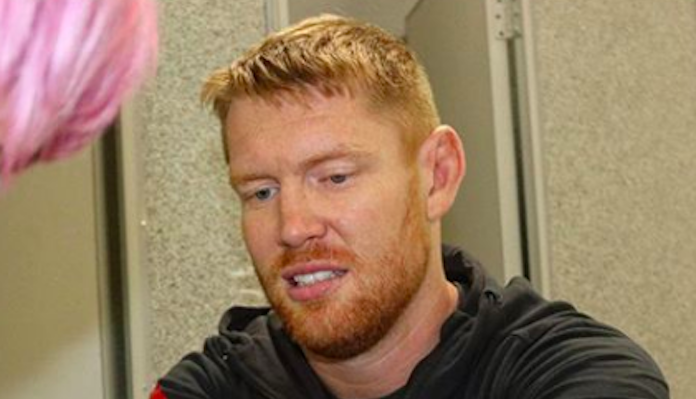 Alvey suffered another tough loss in the Octagon when Marquez choked him out in the second round of their UFC Vegas 23 middleweight fight. After a strong first round that saw both men land some big shots on the feet, Marquez was able to rock Alvey badly in the second and then find the submission. Referee Mark Smith was late to save Alvey and “Smilen Sam” was choked out cold. He is now 0-5-1 over his last six UFC fights.

With a record like that over his last six outings, there is a good chance that Alvey will be cut from the UFC. At least he went out on somewhat of a high note as he won $50,000 for “Fight of the Night” as the bout with Marquez was a back-and-forth war. But after going winless in his last six fights, he knows that this could be the end of the road for him in the Octagon. It’s no wonder, then, that Alvey got super emotional following another UFC loss.

Taking to his social media following the fight with Marquez, Alvey showed how emotionally hurting he is following the loss, one that might have marked his final walk in the Octagon.

“It’s minutes after my fights guys, and yeah, it didn’t go as planned. But God is in my corner, and his plan is always better than my plan. I’ll be back. Man, that hurts. Well, at least I’ve been choked out cold in front of millions of people now. I guess I can get that off my bucket list. Praise be to God always. Win or lose, he’s in my corner,” Alvey said.

What do you think is next for Sam Alvey after suffering another loss in the UFC?