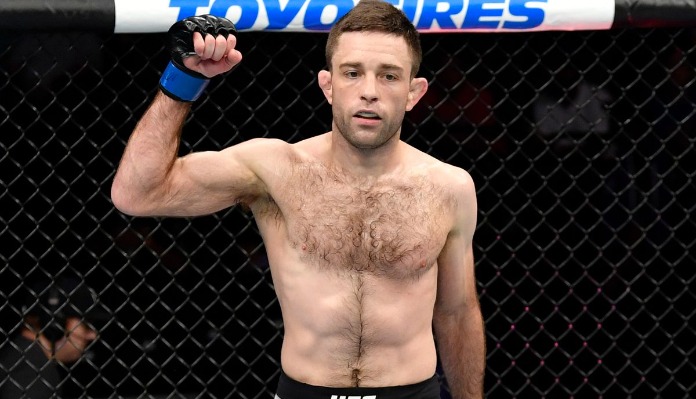 Hall entered this fight against Minner, a fellow grappler, coming off of an absolutely brutal KO loss to Ilia Topuria earlier this year at UFC 264. For Hall, he was unbeaten in the UFC heading into that Topuria fight, which really stalled his momentum in the stacked UFC featherweight division. But for Hall, he was looking forward to getting back into the Octagon and righting those wrongs, and he got to do that on Saturday against Minner.

In a battle between two fighters who prefer to take their opponents to the ground, Hall and Minner duked it out on the mat for 15 minutes. While both men certainly had their moments on the mat, it was Hall who was in control for more of the fight. Not only that, but he also attempted far more submissions. At the end of the 15 minutes, Hall got his hand raised, and it was a well-deserved and well-earned victory by the former TUF winner.

Taking to his social media following UFC 269, Hall issued a statement following his latest victory inside the Octagon. Take a look at what “The Wizard” wrote on his Instagram below.

All that is gold does not glitter, Not all those who wander are lost…

This was a must-win fight for Hall, who would have been on a two-fight losing skid had he not gotten his hand raised. By winning the fight, Hall avoided having a two-fight losing skid, and instead, he has more momentum now heading into whatever is next for him in his MMA career. It will be interesting to see who the UFC matches him up against next.

What do you think is next for Ryan Hall after beating Darrick Minner at UFC 269?