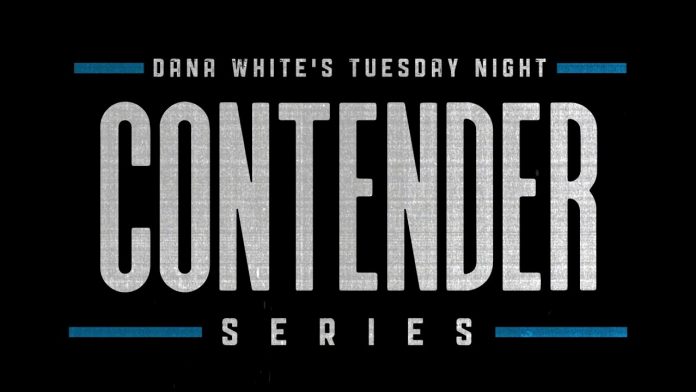 After being put on hold due to the COVID-19 worldwide pandemic, Dana White’s Contender Series is officially preparing for the 2020 season. As first reported by Nolan King of MMA Junkie, the Contender Series show is slated to have their first event on August 4 at the UFC Apex in Las Vegas.

This will be the fourth season of Contender Series, and it will have events take place on Tuesday, although the promotion has not made an official announcement just yet. Although a schedule is not yet known, MMA Fighting had their own report on Contender Series, stating it would likely run through early October if they follow the same schedule as they have in their previous seasons.

The report from MMA Junkie adds names that are being targeted to appear on Contender Series, as they had been targeted before the COVID-19 delayed the beginning of the 2020 season. The fighters reportedly being targeted are: Adrian Yanez, Josh Parisian, Leomana Martinez, Joseph Pyfer, Chad Johnson, and Jerome Rivera.

Due to the pandemic and how the UFC has gone about scheduling fights and pulling in late-notice fighters, some recent newcomers to the UFC shows would likely have appeared on Contender Series but got the early call to join the promotion instead.

For those new to Contender Series, it features a series of fights throughout one night and those who impress UFC Dana White the most are rewarded with a contract to the promotion, or sometimes a developmental deal until White feels the fighter is ready to make the jump.

There has been a great amount of fighters who have made the jump from Contender Series to the UFC, and some of them are seeing a high rate of career success, including: Sean O’ Malley, Edmen Shahbazyan, Dan Ige, Maycee Barber, Kevin Holland, Ryan Spann, Sodiq Yusuff, and Roosevelt Roberts, to name a few.

Contender Series has become a stable for young UFC talent to showcase themselves and inject themselves into high competition right away once signed to the promotion and now after a brief delay, the 2020 season will take place beginning in August.