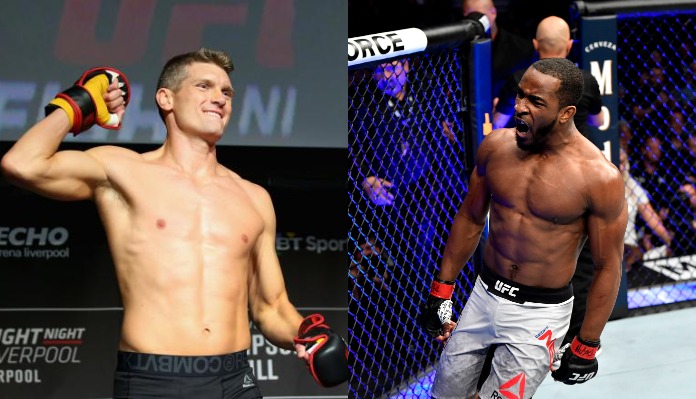 Thompson (15-4-1 MMA) was returning to action for the first time since UFC 244 in November of 2019, where he earned a unanimous decision victory over Vicente Luque. Prior that win, ‘Wonderboy’ was coming off the first knockout loss of his career thanks to a superman punch from Anthony Pettis.

Meanwhile, Geoff Neal (15-40-1 MMA) had entered tonight’s bout with Stephen Thompson on a seven-fight win streak, his latest being a TKO victory over Mike Perry at UFC 245. ‘Handz of Steel’ had gone 5-0 inside of the Octagon since making his promotional debut in February of 2018.

Tonight’s UFC Vegas 17 main event proved to be a twenty-five minute war. With that said, the battle was definitely won by Stephen Thompson. ‘Wonderboy’ battered Geoff Neal in the stand-up for the better parts of five rounds on route to a unanimous decision victory.

Check out how the pros reacted to Thompson defeating Neal below:

This main events gonna be a fun one!! #UFCVegas17

Neal. I have respect for both but ima go Neal. https://t.co/eUyi4VRRzB

Fighting Wonderboy is like fighting a ghost! He’s never there to be hit cleanly! #UFCVegas17

When @WonderboyMMA in his groove, I’m not sure there’s a better striker in the game. His footwork, angles, counters, stance switches etc are so much to deal with. A lot of great fighters out there but very few if any can do what Stephen does.

Wonderboy is a gangster!! Bit down on his gum shield and went to war when called upon due to his injured leg. . Massive respect #UFCVegas17

Thompson, on a compromised leg when his whole style depends on movement, is still throwing with bad intentions. Offense as defense, brilliant! #UFCVegas17

Who would you like to see Stephen Thompson fight next following his decision over Geoff Neal this evening in Las Vegas? Share your thoughts in the comments section PENN Nation!