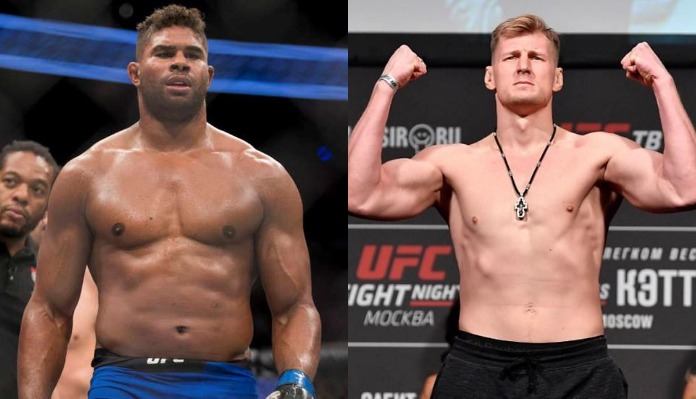 Overeem (47-18 MMA) entered tonight’s event with aspirations of going on one final title run. The former Strikeforce and DREAM heavyweight champion had won two fights in a row and four of his past five overall heading into his collision with Volkov. In his most previous effort this past September, Alistair Overeem had picked up a fifth round TKO victory over Augusto Sakai.

Meanwhile, Alexander Volkov (32-8 MMA) was returnig for the first time since UFC 254, where he earned a second round TKO victory over Walt Harris. The former Bellator heavyweight champion had gone 3-2 over his past five fights overall entering his bout with ‘The Reem’.

Tonight’s UFC Vegas 18 main event proved to be a one sided affair. Alexander Volkov was able to pepper Alistair Overeem with strikes right from the opening bell. By round two, ‘The Reem’ was a bloody mess and further combinations from ‘Drago’ only made him worse for wear. Volkov eventually connected with a massive punch that put ‘The Reem’ down for good.

Check out how the pros reacted to Volkov defeating Overeem below:

The Reem going to move a lot and out grapple Volkov! Thoughts? #UFCVegas18

This cage feels too small for Reem and Volkov

Yea. He’s smart to know that he shouldn’t be trading at his age anymore. He’s been cracked by Ngannou but that mans power is different different https://t.co/885bnupu2B

It sucks watching legends get old!

Great stoppage. Volkov is an enormous man. Shows how good Blaydes wrestling is. A guy that tall and big isn’t easy to get down. #UFCVegas18 #TheWeeklyScraps!

Who would you like to see Alexander Volkov fight next following his TKO victory over Alistair Overeem this evening in Las Vegas? Share your thoughts in the comment section PENN Nation!