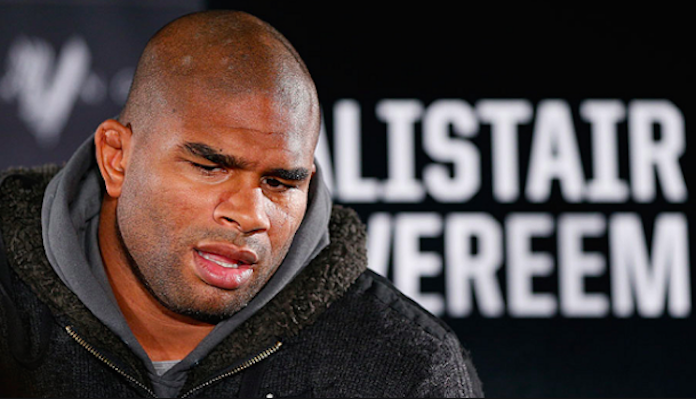 That being said, the 40-year-old also recognizes that his career is reaching its conclusion. As such, he says he’d probably retire immediately after winning the UFC heavyweight title.

“There definitely is momentum because we’re two wins (in a row),” Overeem told MMA Junkie recently. “I think my fights are good, they’re exciting. I think we’ve just got to keep this trajectory going and another title shot will be there, and that will be my last because my time is running out, which is fine. I’ve had a great career, I’m having a great career.

“But we also have to be realistic, and that’s a little bit where the final run comes from. I’m not going to keep fighting until I’m 45. It’s going to be one final run, then it’s going to be thank you everybody for watching, and see you in the next life. I would retire immediately (after winning the title). There’s nothing to prove at that point.”

Prior to his wins over Sakai and Harris, Overeem was stopped in the final second of a five-round fight with Jairzinho Rozenstruik that he was winning handily until that point. That loss was preceded by a pair of TKO victories over Alexey Oleynik and Sergey Pavlovich.

Overeem has challenged for the UFC heavyweight title once before, succumbing to strikes from reigning champion Stipe Miocic—but not before dropping the champ in the early going.

Do you think Alistair Overeem can win the heavyweight strap before all is said and done?