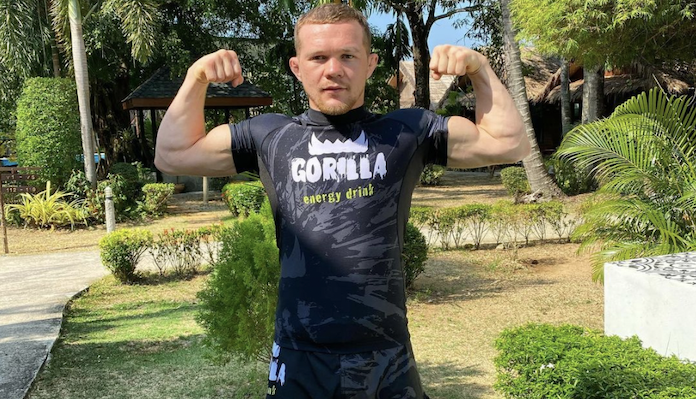 UFC bantamweight champion Petr Yan believes Aljamain Sterling will run from him at UFC 259, suggesting he will have the gameplan of a mouse.

Yan vs. Sterling is one of three title fights featured on this Saturday’s stacked UFC 259 card. Yan is coming off of a successful TKO victory over Jose Aldo to capture the vacant belt back at UFC 251 on Fight Island, while Sterling is coming off of a first-round submission over top contender Cory Sandhagen in his last fight. This matchup is very much a clash of styles, as Yan prefers to stand and trade on the feet, where he can unleash his wicked KO power, while Sterling prefers to go to the ground and submit his opponents. It makes this weekend’s 135lbs title fight a fascinating matchup and a tough one to predict.

Speaking to ESPN’s Ariel Helwani days from the fight, Yan said that while Sterling wants to get the fight to the ground, he won’t be successful in doing so, and that’s why he’ll run.

“He has two game plans. One game plan: he gets takedown, second game plan: he will [be] running. It’s [the] game plan [of a] mouse, yeah?”@PetrYanUFC believes he knows Aljamain Sterling’s plans for their #UFC259 fight 🤭 (via @arielhelwani) pic.twitter.com/ryL8P9DlfL

“Aljo have gameplan. He want only do submission, yeah? Only do takedown, he talks about ‘I do will takedown, it’s very easy for me.’ It’s no good. When you have one gameplan, after that he have two gameplan. One gameplan, he get takedown. And second gameplan, he will run. It’s gameplan mouse, yeah?” Yan said.

It will be interesting to see how this fight plays out on Saturday night. While Yan surely wants to keep it on the feet and Sterling wants the fight on the ground, it is mixed martial arts, after all, so you’re likely going to see this fight take place everywhere. The winner will be the fighter who is able to dictate where the majority of the action can take place, and make the necessary adjustments throughout the course of the 25 minutes or less.

Do you think Aljamain Sterling will be able to get the fight to the ground or will he be forced to run if Petr Yan stuffs the takedowns?