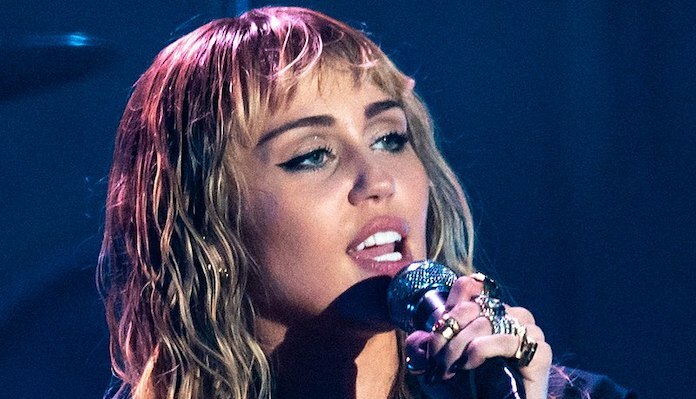 Marquez returned to action on the UFC 258 main card, picking up a third-round submission victory in a grueling fight with Maki Pitolo. Marquez walked out to the cage to Cyrus’ cover of the Blondie song Heart of Glass, and in his post-fight interview with Joe Rogan—who has had Cyrus on his podcast previously—asked the pop star to be his Valentine.

“I’ve waiting been 31 months to get on this damn mic and to call these people out right now,” Marquez said. “This is my time to shine, so Miley Cyrus, will you be my Valentine?”

Surprisingly, Cyrus caught wind of Marquez’s request, and responded pretty quickly. From the sounds of it, she’s happy to be his Valentine—she just has one caveat.

Shave an MC into your chest hair and I am YOURS ❤️ Happy VDay and Congrats my love!

“Shave an MC into your chest hair and I am YOURS,” Cyrus, who has 46 million Twitter followers, wrote in response to Marquez. “Happy VDay and Congrats my love!”

It’s not clear if Marquez will oblige Cyrus’ request, but we have to imagine the floor of his hotel room is littered with chest hair clippings at this very moment.

Miley Cyrus, for those living under rocks, is one of the most famous musicians in the world today. According to her jam-packed Wikipedia page, she has attained the most US Billboard 200 top-five albums in the 21st century by a female artist, and has been nominated for a whopping 171 major entertainment awards.

Julian Marquez, meanwhile, burst into the mixed martial arts limelight in 2017, when he knocked out Phil Hawes on Dana White’s Contender Series to win a UFC contract. Since then, he’s gone 2-1 in the Octagon, defeating Darren Stewart and Pitolo, and losing a split decision to Alessio di Chirico.

What do you think of this entertaining exchange between Miley Cyrus and Julian Marquez?