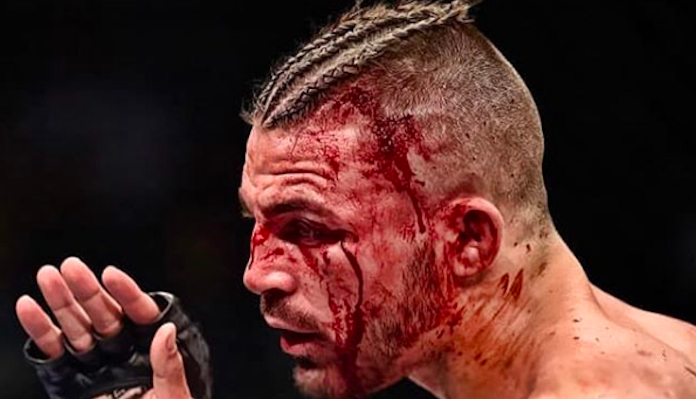 Despite being one of the most popular fighters in the sport, UFC welterweight Mike Perry says that he’s behind on taxes and only has $6.00 in his bank account.

Perry, who suffered one of the worst nose breaks in MMA history last weekend at UFC Uruguay, posted a story on his Instagram detailing his financial troubles. Here’s what Perry had to say. 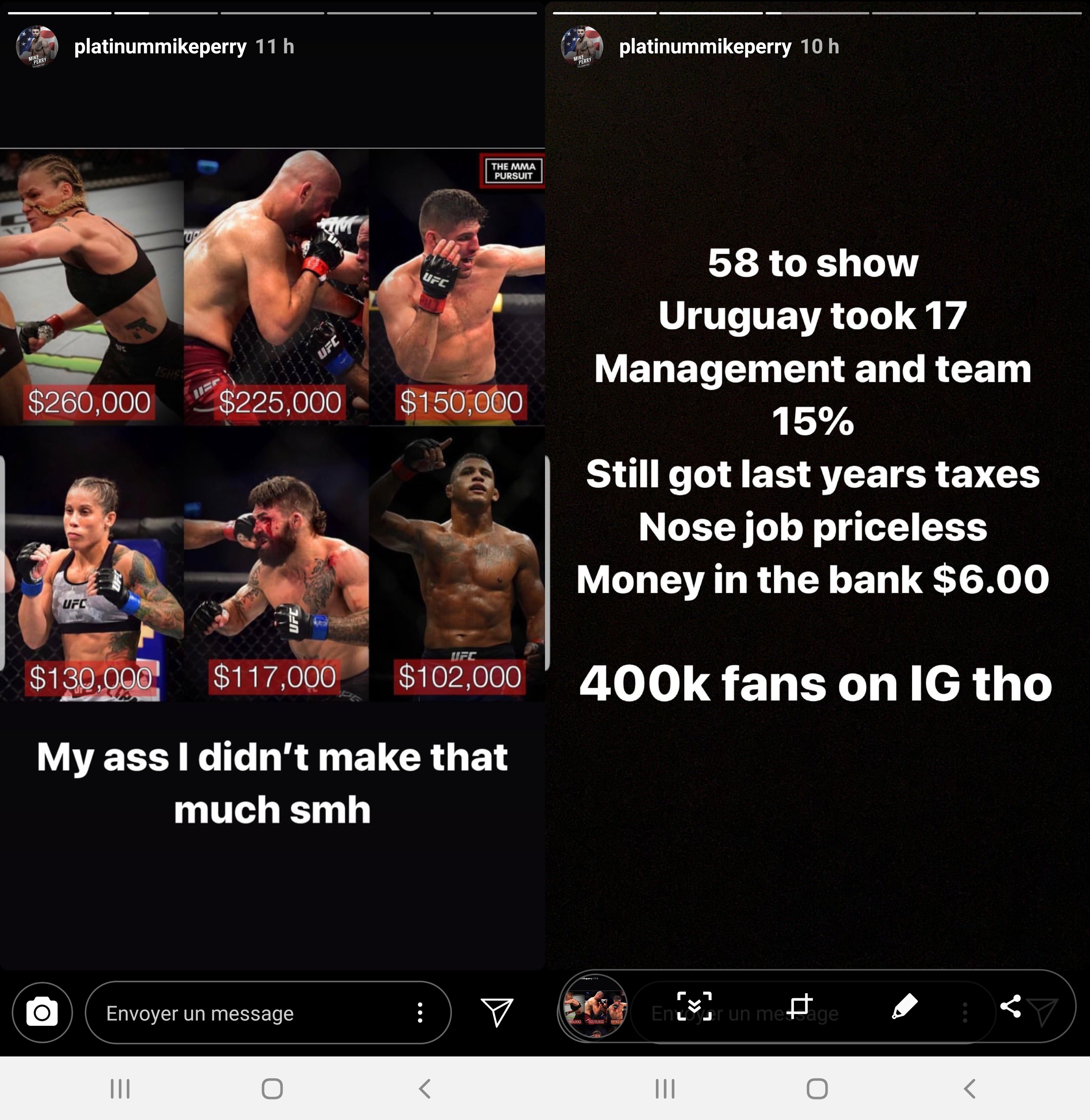 This is another example of an MMA fighter who is struggling financially despite fighting in the UFC, generally the most profitable organization in the sport. Perry is one of the UFC’s top stars at the moment and despite that he is really struggling to get by financially. He’s likely hoping UFC president Dana White sees this message and gives him a raise on his next contract.

It’s worth noting Perry did not mention the $50,000 bonus he won for his ‘Fight of the Night’ against Luque, but regardless, the fact such a popular fighter is down to his last dollars and cents in his bank account is troubling.

Mike Perry is also not going to be fighting for a while due to the medical suspension he received for his broken nose. When he does return to the Octagon, he’s expected to get a big fight. Despite losing to Luque, Perry’s stock went up in the performance as he put on an amazing show for the fans and gained the respect of the MMA world for his toughness.

Perry (13-5) made his UFC debut in the summer of 2016 and has since racked up a 6-5 overall record inside the Octagon. Some of his most notable wins include decision victories over the likes of Paul Felder and Alex “Cowboy” Oliveira, to name a few.

Do you think Mike Perry deserves a raise on his next contract?