Home » MMA News » UFC » Miesha Tate explains why she came out of retiremen... 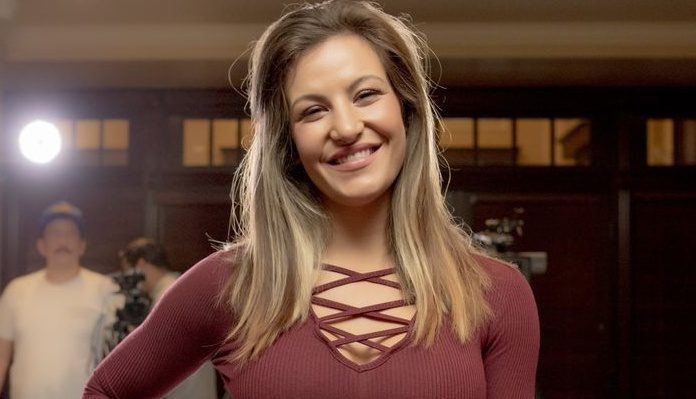 Former UFC women’s bantamweight champion Miesha Tate explained why she came out of retirement to return to the UFC and fight Marion Reneau.

Tate recently announced that she was coming out of a five-year retirement to take on Reneau in July, in what will actually be Reneau’s retirement fight. Speaking to Jim West and James Lynch on the “Victory Loves Company” podcast, Tate explained why she made the decision to leave her job with ONE Championship and make her return to the UFC.

“The moment that I knew I really wanted to come back, it was about the time I had my son about nine months ago. After I had my baby, the pandemic brought everything home for me, what’s important. I was stuck in Singapore, even though it’s not a bad place to be stuck. But for most people who grew up in America, you could take a road trip. I felt so stuck in Singapore. We couldn’t do that, We didn’t have a car. We were stuck in a little tiny condo with no yard. I know this sounds like ‘poor you,’ but the truth is it wasn’t the most ideal situation,” Tate said.

“It just made me think of all the things I really appreciate. And one of those things is being a competitor. And being cooped up and not being able to train, my mom couldn’t come for the birth of my son, the borders were closed. I came back to America and said, ‘I want to fight again.’ Time is valuable and support systems are available and that’s something I didn’t have at the beginning of my career, or really throughout my career. I’m excited now to have good coaches, a good support system. Not that all my coaches weren’t good, Robert Follis was great but he passed. But it’s just different this time around. It’s something I’m looking forward to doing.”

On July 17, Tate steps back into the Octagon against Reneau. For Tate, it’s a huge opportunity to come back and beat a top-15 fighter. With a win over Reneau, Tate is hoping to parlay it into a rematch with UFC women’s bantamweight champion Amanda Nunes. But just the fact she’s able to return home and be with family is a win for her.

How excited are you to see Miesha Tate return to the UFC and fight Marion Reneau?