Michael Chandler and Charles Oliveira have shared their respective reactions after being booked to fight for the vacant UFC lightweight title at UFC 262.

Earlier this evening, Dana White announced that he was throwing in the towel and conceded that Khabib Nurmagomedov will not be ending his retirement.

‘The Eagle’ had retired from fighting following his submission victory over Justin Gaethje at UFC 254 this past October. Despite that, Dana White and company had held out hope that Khabib may change his mind and decide to return.

Those hopes ended this evening when Nurmagomedov made his retirement official and the promotion has since booked an exciting fight between Michael Chandler and Charles Oliveira for the vacant lightweight title at UFC 262.

Chandler (22-5 MMA) made his Octagon debut at January’s UFC 257 event, where he scored a first round knockout victory over perennial lightweight contender Dan Hooker. That victory marked Chandler’s third in a row, as he had previously scored stoppage wins over Benson Henderson and Sidney Outlaw under the Bellator Banner.

Michael Chandler took to Twitter shortly following the news that he would be fight ‘Do Bronx’ at UFC 262 on May 15 with the following statement. 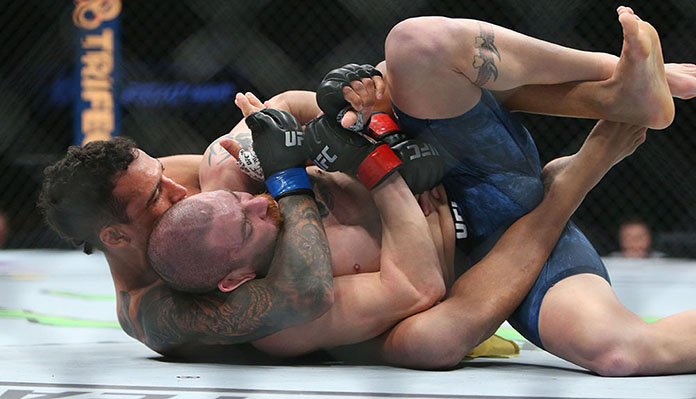 Prior to dominating ‘El Cucuy’, ‘Do Bronx’ had reeled off seven straight finishes in a row including submission wins over Jim Miller and Kevin Lee.

The Brazilian submission specialist took to Twitter shortly after Michael Chandler with the following reaction.

Who do you think will emerge with the UFC lightweight title when Michael Chandler and Charles Oliveira square off at UFC 262 on May 15? Share your thoughts in the comment section PENN Nation!