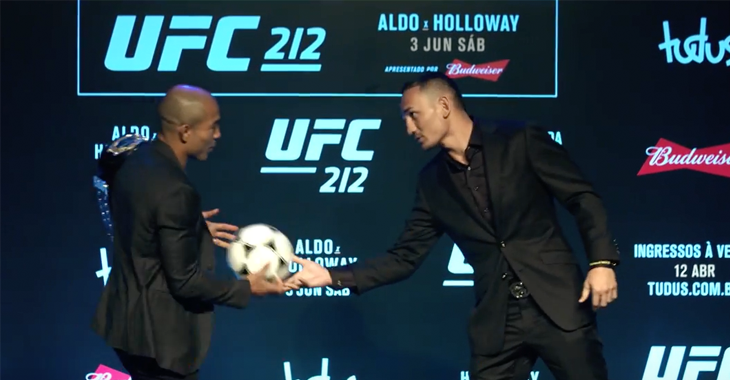 ‘Blessed’ is set to collide with ‘The Great’ this Saturday at UFC 276 in Las Vegas. It’ll be the third time they’ve clashed, as they had two prior fights in 2019 and 2020. Both bouts were won by Volkanovski by decision, in razor-thin contests considered some of the best of the year.

Ahead of the trilogy bout, some fans and pundits have claimed the winner will be the greatest featherweight ever. Given Holloway and Volkanovski’s accomplishments and resumes, it’s hard to argue. However, the Hawaiian doesn’t agree.

At UFC 276 media day, Max Holloway discussed his trilogy fight with Alexander Volkanovski. There, the 30-year-old hit back at the idea that either of them has passed Jose Aldo. The Brazilian racked up nine title defenses at 145-pounds across the UFC and WEC.

Max Holloway and Jose Aldo fought twice in 2017, with the Hawaiian winning both times by knockout. Despite holding two wins over the former champion, the 30-year-old doesn’t believe he’s passed him yet. 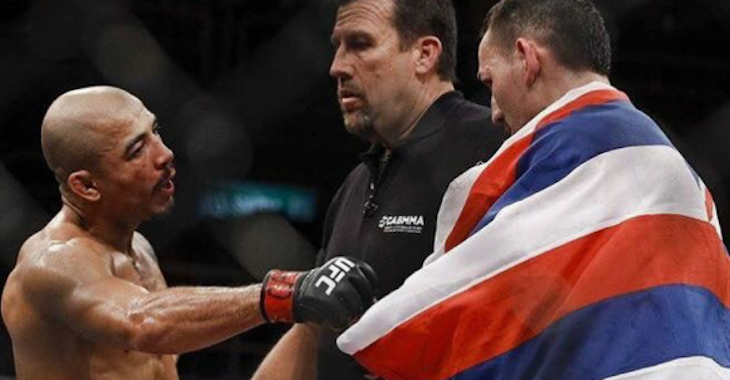 “Not at all. A lot of fans, a lot of people are saying it. Do we forget the man Jose Aldo? The man got eight title wins. I have five title wins. Until someone can beat his records as a champion with the eight title wins, then they can consider themselves the GOAT in featherweight. I got five to get here. To get Alex for my sixth title win. That’s just the cherry on top.” (h/t MMAJunkie)

Max Holloway continued, “It’s cool I’ve got the wins, but the title defenses are the title defenses. That is the actual record. He got eight title wins, I’ve got five. We’re not that far behind him. Hopefully, I can catch him, we’ll see what happens. He’s the GOAT, bro. You can’t take it away.”

What do you think about Max Holloway’s comments? Do you agree? Sound off in the comments below!