Israel Adesanya has taken a shot at Jon Jones as he received his USADA jacket for 50 clean drug tests.

Adesanya is set to defend his middleweight title in the main event of UFC 276 as he faces Jared Cannonier. Although the champ has only been in the UFC since 2018 he has already cleared 50 clean drug tests and when he got his jacket he took a small jab at Jones.

“I’ve never hidden anywhere, by the way, never hidden anywhere, always shown my whereabouts,” Adesanya said. “Shout out to Paradigm for always updating me because I forget and they get it done. Thank you to Paradigm for always updating my whereabouts. Like I said, you’ll never find me under the cage. I’m always in there fighting.” 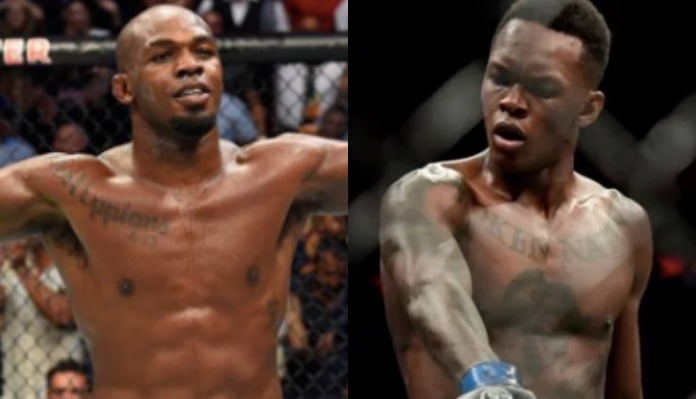 It shouldn’t be a surprise to see Israel Adesanya take a shot at Jon Jones given their past. The two have been trash-talking each other for years and at one point it seemed likely the two would eventually share the Octagon with one another. However, with ‘Bones’ likely moving up to heavyweight in the very near future and Adesanya set on defending his middleweight title the fight between them isn’t something that will happen anytime soon.

But, even though the fight likely won’t happen anytime soon, Adesanya and Jones will continue to take shots at one another.

Israel Adesanya (22-1), as mentioned, is set to fight Cannonier on Saturday in the main event of UFC 276. Prior to that, he beat Robert Whittaker by decision at UFC 271 in February to defend his belt after defeating Marvin Vettori back in June to get back into the win column after the loss to Jan Blachowicz for the light heavyweight title. Before the loss, he had beaten Paulo Costa and Yoel Romero to defend his titles after winning the strap by KO over Whittaker.

What do you make of Israel Adesanya taking a shot at Jon Jones?