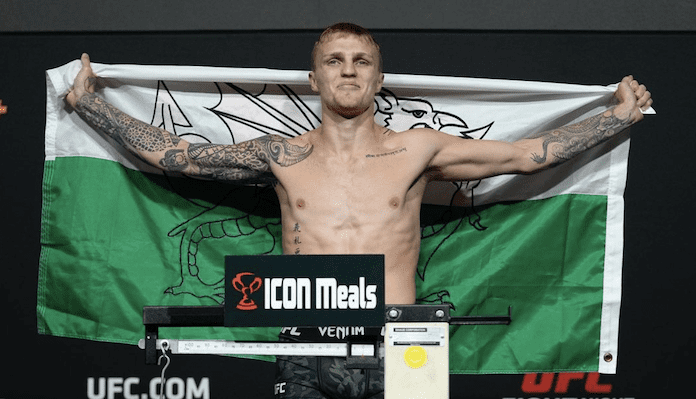 Jones and Patrick met earlier this year and Jones was completely dominating the fight before it was stopped due to an accidental eye poke that left Patrick unable to continue. The UFC wasted no time booking the immediate rematch due to the circumstances of the stoppage, and the fight was supposed to take place last weekend at UFC Vegas 41. But Patrick pulled out of the fight with just over a week to go, and he was replaced on short notice by UFC newcomer David Onama. Although Onama fought very well in his UFC debut, it was ultimately Jones who won the decision.

Speaking to reporters following his win over Onama at UFC Vegas 41, Jones let loose some of his frustrations from the past week after finding out that his opponent wouldn’t be fighting him. As far as Jones go, the UFC should be cutting Patrick now because he doesn’t want to fight as shown by him pulling out of the rematch.

Do you agree with Mason Jones that the UFC should cut Alan Patrick after he pulled out of their rematch at UFC Vegas 41?