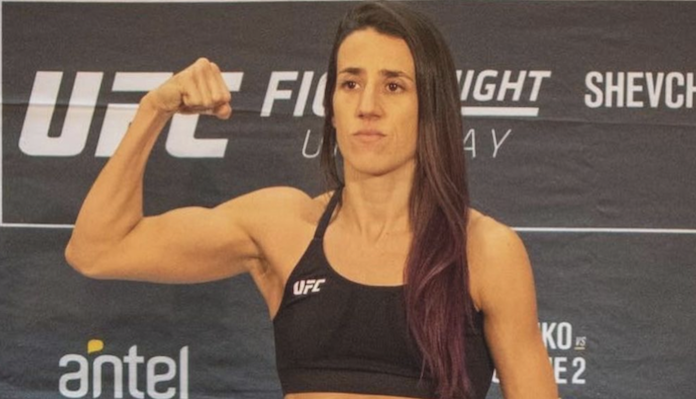 Rodriguez defeated Mackenzie Dern via unanimous decision in the main event of Saturday’s UFC Vegas 39 event. It was a tremendous performance by Rodriguez, who outstruck Dern for the majority of the rounds and who defended Dern’s submission attempts when the fight hit the ground. The victory will elevate Rodriguez into the top five of the women’s strawweight division, and at this point, she is probably one win away from a title shot.

The UFC women’s strawweight title is currently held by Rose Namajunas, who takes on Weili Zhang in a rematch next month at UFC 268. It’s expected that Carla Esparza will get the winner of that fight for the next title shot. That means that Rodriguez is going to be looking for another opponent in the top-five in order to get one step closer to the belt, and that foe could be Jedrzejczyk. The former UFC women’s strawweight champion has not fought since last March when she lost a split decision to Weili Zhang in a war. Fans have suggested that Rodriguez could fight Jedrzejczyk, but the Pole doesn’t seem to want it.

Speaking to reporters following UFC Vegas 39, Rodriguez said she doesn’t think Jedrzejczyk will fight her, and she is also concerned about her inactivity. Because she hasn’t fought in over a year now, Rodriguez actually thinks that Jedrzejczyk should be removed from the rankings. The former champ is currently ranked as the No. 2 contender in the division.

Do you agree with Marina Rodriguez that Joanna Jedrzejczyk should be removed from the UFC rankings?