Luke Rockhold has taken a shot at Paul Costa following their war at UFC 278.

It was at UFC 278 this past Saturday, August 20th at the Vivint Arena in Salt Lake City, Utah where Rockhold (16-6 MMA) and Costa (14-2 MMA) battled it out in the co-main middleweight bout.

The 37 year old Rockhold suffered a unanimous decision loss at the hands of ‘Borrachinha‘.

It was to be the 1st time in three years that Rockhold entered the cage. The former middleweight champion had not had a win in the Octagon since September of 2017 when he defeated David Branch (22-7 MMA).

Costa, 31, entered the Octagon with something to prove, as he wanted and needed to get back in the win column after suffering back to back losses to Marvin Vettori (18-5 MMA) in October of 2021 and Israel Adesanya (23-1 MMA) in September of 2020. And the Brazilian did just that.

Following the loss, Luke Rockhold, during his Octagon interview with Joe Rogan, announced his retirement saying:

“I’ve been through so much the last few years. Thank you, fighting. Thank you UFC. Thank you, Joe. I f**king can’t do it anymore. I gave it my all and I just didn’t… I’m f**king old.”

Rockhold won the middleweight title at UFC 194 in 2015 where he defeated Chris Weidman and has had victories over the likes of Michael Bisping, Time Kennedy, and Keith Jardine to name a few.

However, less than 24 hours after the loss and his retirement announcement, Rockhold took to ‘Instagram‘ with a short video clip of the match-up with Costa and a comment: 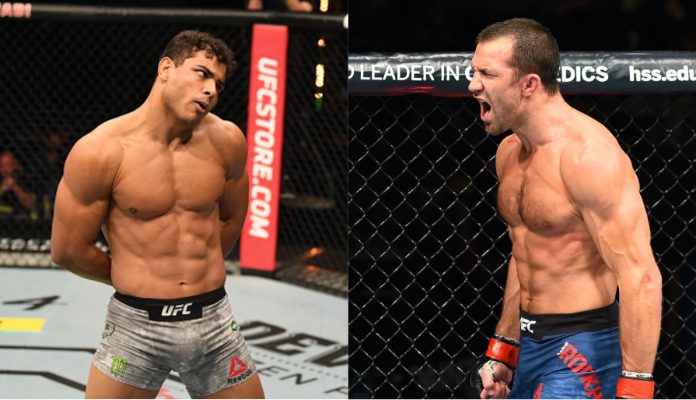 Rockhold is not too ‘old’ to take shots at Paulo Costa outside the cage.

Did you watch UFC 278? Were you sad to see Luke Rockhold retire?

This article appeared first on BJPENN.COM
- Advertisement -
Previous articleDana White slams USADA for harassing Paulo Costa at UFC 278: “That’ll never happen again to any fighter”
Next articleWatch Israel Adesanya react to Leon Edwards knocking out Kamaru Usman at UFC 278: “I’m so happy for Leon and Tim, but then I’m so sad for Kamaru”