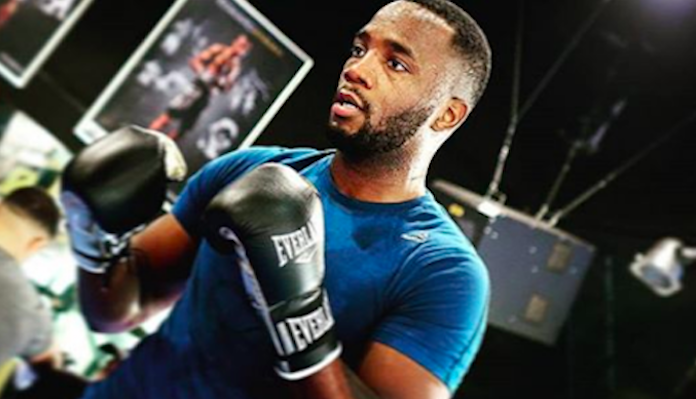 Leon Edwards’ number-one choice at present is a matchup with his welterweight rival Jorge Masvidal.

“Obviously, I want the fight [with Masvidal]. Now it’s up to him and his fat manager,” Edwards told MMA Fighting. “I am willing to fight in November. I will co-main event [Kamaru] Usman-[Colby] Covington and whoever wins gets a title shot.

“Even though I feel I deserve a title shot right now, I will put my eight-fight win streak against his two-fight win streak just to prove my case that I’m the best fighter in the world plus I get to smack his head off so that’s just a win-win for me.”

Masvidal, of course, has recently been linked to a matchup with Nate Diaz, which could ultimately leave Edwards without a dance partner. In that event, Edwards would be willing to fight former UFC welterweight champ Tyron Woodley — so long as the UFC makes it worth his while financially, and promise him a title shot with a win.

The priority, however, is a grudge match with Masvidal.

“If it’s guaranteed a title shot next then probably,” Edwards said when asked about potentially facing Woodley. “Like I said, I want that Masvidal fight. That’s the biggest fight to make. I feel like me and Woodley, we’ve got no animosity, there’s nothing there other than a chance to beat a former world champion.

“I feel Masvidal is the fight to make and that’s the one I’m pushing for. But if they come with Woodley with good money, I’ll do it as well. Pay me and I’ll show up.”

Who do you want to see Leon Edwards fight in his next outing? Make your pick in the comments section.