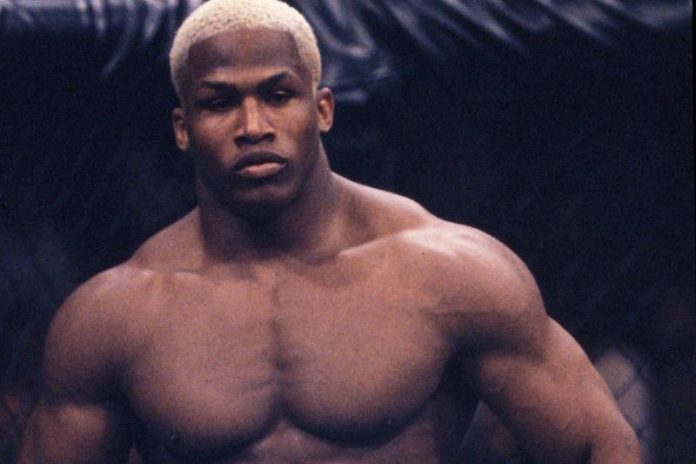 UFC heavyweight legend Kevin Randleman is the latest member of the UFC Hall of Fame, as the promotion announced he will be posthumously inducted.

The UFC revealed on Saturday night during the UFC on ESPN broadcast that the late Randleman, who passed away in 2016 at age 44, will be inducted into the pioneer wing of the UFC Hall of Fame. Here’s the organization’s announcement on Twitter about “The Monster” becoming the latest member of the UFC HOF.

Randleman was one of the top heavyweight fighters in the sport in the late 1990s to early 2000s in both the UFC and PRIDE. He was the fifth UFC heavyweight champion, having won the vacant belt from Pete Williams at UFC 23 in 1999, and he defended the belt once against Pedro Rizzo at UFC 26 in 2000. As well, he lost a split decision to Bas Rutten for the vacant heavyweight belt at UFC 20 in one of the most controversial split decisions in UFC history.

After dropping the UFC heavyweight title to Randy Couture at UFC 28, Randleman moved onto PRIDE where he pulled off one of the biggest upsets in PRIDE history when he knocked out Mirko Cro Cop in devastating fashion at PRIDE Total Elimination 2004. However, Randleman lost to Fedor Emelianenko in his next fight and could never quite reach the heights of his time in the UFC in PRIDE, losing four straight bouts.

After bouncing around several organizations including Strikeforce and Sengoku, Randleman retired in 2011, finishing his MMA career with a 17-16 record. Though he struggled to win fights near the tail end of his career, he retired as one of the most respected heavyweights of all time after defeating some of the best heavyweights ever including Cro Cop, Rizzo, and Maurice Smith. We here at BJPenn.com wish the best to the family of Randleman when they celebrate his enshrinement into the UFC Hall of Fame later this year.

What is your favorite memory of Kevin Randleman?