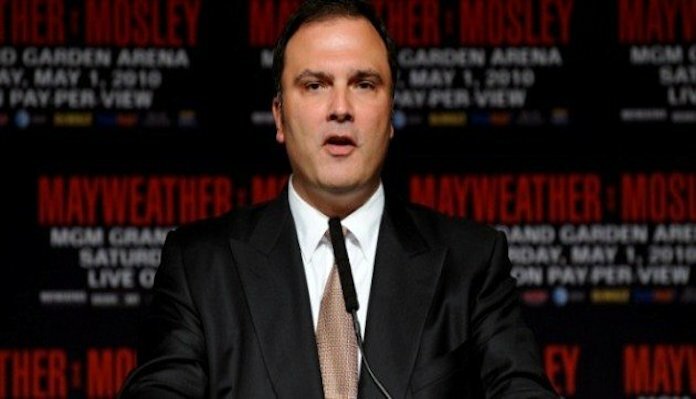 Earlier this week, Jones promised that he would share some big news with his fans, and he did so on Wednesday when he announced that he has hired Schaefer as his new advisor. Schaefer is a boxing promoter who was the former CEO of Golden Boy Promotions, which he left in 2014. In 2016, he started his own boxing promotion called Ringstar Sports. Check out the full statement that Jones shared on his social media announcing the Schaefer hire.

“I have retained Richard Schaefer as my advisor. Richard has been in the combat space for over 20 years and has put together some of the biggest global pay-per-view events over that period. The likes of Mayweather, de la Hoya, Canelo, Hopkins, Barrera, and Marquez have headlined the exciting events that Richard has promoted and produced. His knowledge and experience of the pay-per-view industry and combat sports are second to none. I am excited to embark on this next chapter of my career as I continue to cement my place in history as one of the greats with Richard as my advisor. I can’t wait to give my fans and the sport the fights they want to see,” Jones wrote in the statement.

What do you think about Jon Jones hiring Richard Schaefer as his advisor?