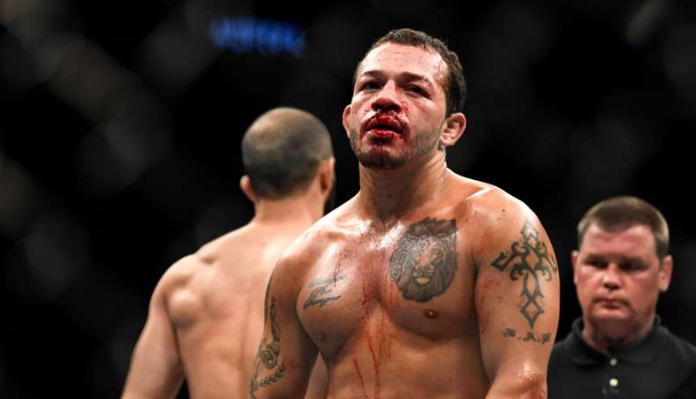 Irwin Rivera’s sisters have issued a statement after the UFC bantamweight allegedly stabbed them multiple times on Thursday.

Rivera was charged with attempted murder on Thursday, however, his family is supporting him. His sisters issued a statement while his mother, Susana Campo, spoke to Mexican newspaper Milenio that Rivera is not in the best mental state.

“My son lost his memory, and something evil took over him a few days ago. His mind was blocked. He wasn’t himself,” Campo said.

Then, on Friday, his sister Lezlye, who Rivera stabbed took to Facebook to issue a statement saying they love their brother. Like their mom, they believe Rivera has not been himself lately.

“Me and kelz are fine n well so we just wanna clear the air n let it be known that this is not about us!,” the statement about Irwin Rivera began. “We love our brother to the fullest and anyone that knows us n our family knows exactly how much we all LOVE and mean to eachother and knows jst how close we as a family are, all we wish is for him to get the professional mental help he so desperately needs.

This past weekend my brother hasn’t been acting like himself . Not sleeping or talking like himself and completely just losing interest in his training, which we all know is what he lives to do,” Irwin Rivera’s sister Lezlye continued. “This concerned me and had me jump on the next airplane ASAP n go check up on him. Unfortunately his mental stage was worse then we could of imagined and before we could help him he completely broke. This is not easy for me or my family but I ask to pleeeeesse keep MY BROTHER in your prayers , pray he can stabilize and come back to us bc sometime withing the past 24hours his mentality has been completely corrupted into something unrecognizable. Again we LOVE OUR BROTHER and are 100% here to support him n try n get him this help he so desperately needs!”

Irwin Rivera is 1-2 in the UFC and was scheduled to fight on March 13.