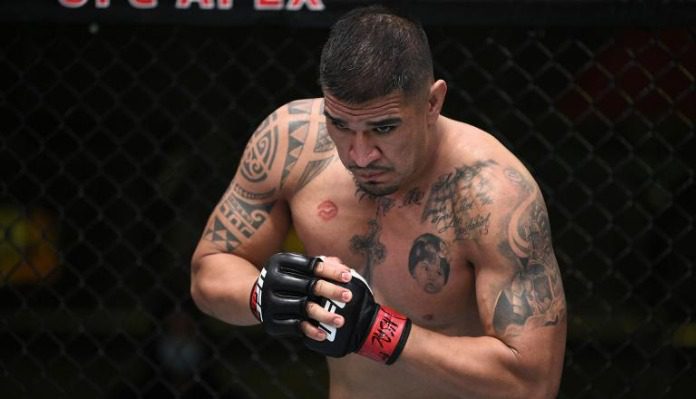 Villanueva is 1-4 in the UFC and coming off back-to-back knockout losses but in his last fight, he thought most of those shots were to the back of the head. With that, he says he appealed the loss but the commission didn’t overturn it.

“The last fight didn’t go my way, man it sucks because every time I’ve been in, there is some sort of controversy,” Villanueva said on Just Scrap Radio on BJPENN.com. “I took some shots to the back of the head and we disputed the result but the commission held it up. Clearly, the shots were to the back of the head but Mick Maynard and the UFC are giving me another shot, so here we go. We got Tyson Pedro coming off the ACL injury and he has a ton of hype behind him and I’m that old dog that is still here.”

Although he has lost his two fights, he is getting another fight as he will take on Tyson Pedro at UFC Vegas 52. It’s an intriguing matchup as Pedro has not fought since 2018 and Villanueva knows coming off an ACL injury is a hard setback to bounce back from.

“I’m an athlete, I’ve played sports my whole life, coming back from an ACL surgery, yeah you are sparring, training you can take care of it,” Villanueva said. “In a fight, you can’t control it. All that about putting on a brace, no one hitting it, taking it easy this round, we are in a fight, I’m going to put pressure on him. It’s tough coming back from an injury.”

Given Tyson Pedro has not fought in four years, the plan for Ike Villanueva is to be right in his face from the get-go.

Not only does Villanueva want to pressure Pedro right away, but he always wants to slug it out until one of them falls. The Texan is eyeing a 50k bonus and he believes he will get it as he plans a left hook KO of the Australian.

“I got that left hook set up. My last two fights didn’t go my way, but I’m here for a reason,” Villanueva said. “Look, I’m chasing 50 thousand, I’m a bonus fighter I want the bonus. I give two shits about this win, I want to get that bonus, put on a show, and bang it out. Let’s put on a show and go to war.”

Not only is Ike Villanueva excited for this fight due to the fact he expects it to be an entertaining fight. But, for Villaneuva, he will have his 18-year-old son in his corner for the first time which he says is motivating for him to go out and get a big win.

“I’ve been fighting my whole son’s life who is 18 now and this will be my first fight with my son in his corner,” Villanueva said. “My son got a scholarship to the University of North Texas for football and while I was out in Chicago I asked him what he wants for his 18th birthday and he said ‘anything?’ I told him anything he wants and all he said was he wanted to be in my corner on fight night. As a father that motivated the shit out of me to hear my son say that. He is going to be in my corner on fight night and that motivates me and gives me the chills.”

Do you think Ike Villanueva will beat Tyson Pedro?