Despite retiring from mixed martial arts immediately following his TKO victory over Dominick Cruz at UFC 249, Cejudo (16-2 MMA) has been relentless in his callouts of fellow fighters.

‘Triple C’ has taken jabs at a number of different fighters in recent months, but his main targets have come in the form of UFC champions Deiveson Figueiredo, Petr Yan and Alex Volkanovski. 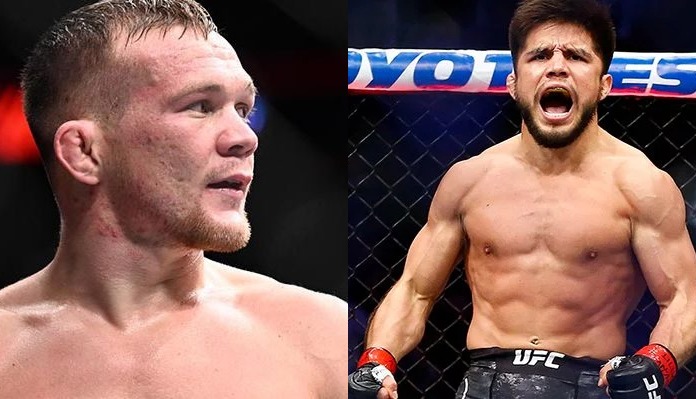 Henry Cejudo has told Dana White in the past that he would end his retirement for a super-fight with reigning UFC featherweight champion Alex Volkanovksi. However, the UFC boss has yet to grant ‘Triple C’ with that fight.

With that said, Cejudo has now turned his focus back to Figueiredo and this time tagged Dana White in on the fun.

I see you are an expert on blowing because your last fight sucked. And this is your fighter of the year @danawhite ? I’d knock is ass out in 1 and that is 1 minute! #rentachamp @Daico_Deiveson pic.twitter.com/N6li9OfPV6

“I see you are an expert on blowing because your last fight sucked. And this is your fighter of the year Dana White? I’d knock his ass out in 1, and that is 1 minute! #rentachamp”  – Henry Cejudo wrote on Twitter while tagging Deiveson Figueiredo.

Although Cejudo feels that Figueiredo’s last fight at UFC 256 “sucked”, the general consensus among fight fans was that Deiveson’s war with Moreno was the greatest fight in the history of the 125-pound division.

Nonetheless, Henry Cejudo clearly believes that he would make quick work of the promotions new flyweight kingpin in Deiveson Figueiredo.

Meanwhile, Figueiredo (20-1-1 MMA) is unbeaten over his past six Octagon appearances. During that stretch ‘Daico’ has earned stoppage victories over opponents Tim Elliott, Joseph Benavidez (x2) and Alex Perez.

Do you think Henry Cejudo will return to the cage in 2021? Share your thoughts in the comments section PENN Nation!