UFC welterweight contender Gilbert Burns is a bit frustrated with the lack of activity in his division.

‘Durinho’ has been out of action since his clash with Khamzat Chimaev at UFC 273 in April. Despite ‘Borz’ entering the matchup as a huge favorite, the Brazilian brought the fight to the undefeated welterweight. In the end, it was the Chechen who got the nod by unanimous decision.

Since then, the former title challenger has been out of action, but not for a lack of effort. Since last April, Burns has called to face several high-profile names, including Nick and Nate Diaz, as well as Jorge Masvidal.

‘Gamebred’ accepted the callout on social media, but later turned down a date at UFC 283. Neil Magny later agreed to fight Burns in Brazil on the pay-per-view main card.

During a recent media scrum, Gilbert Burns discussed the state of the welterweight division. There, the title contender slammed the lack of activity at 170 pounds. Burns also continued and zeroed in on welterweight contender Belal Muhammad. 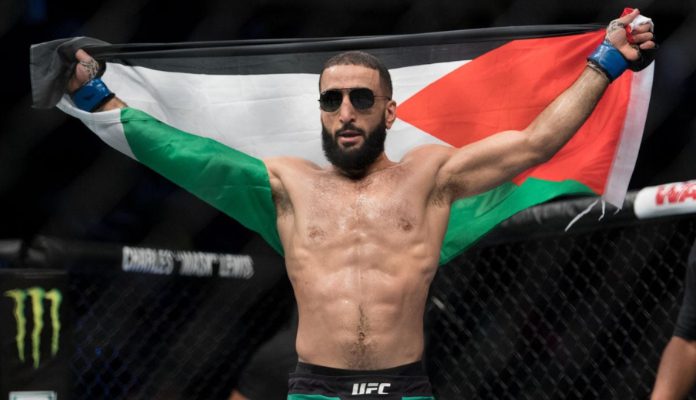 “It never moves! I got frustrated with that, but I’m over it already,” stated Gilbert Burns in the media scrum. “I’m fighting Neil Magny. But, how the heck, Belal Muhammad beats Sean Brady, I have nothing to do with that, and he passes me in the rankings. Like, I got it, he got a couple of wins, but he never beat me. Why he took my place? And, he declined when we got offered to fight each other. ‘Oh, no’, why no? Because he got my place.”

He continued, “If he were still number five, he would say yes. So, that’s one thing I don’t like, it’s out of my control. That was a little frustrating, like, how the f*ck does this guy pass me in the ranks? Like, he never beat me, and he don’t want to fight me. So, why?”

The Brazilian is currently slated to return against Neil Magny at UFC 283 this Saturday. The card is expected to be headlined by a light-heavyweight championship fight between Glover Teixeira and Jamahal Hill.

What do you make of these comments? Are you excited about the Brazilian’s return? Sound off in the comment section below PENN Nation!

This article appeared first on BJPENN.COM
Previous articleStipe Miocic reveals he was intending on fighting Jon Jones at UFC 285 prior to Ciryl Gane announcement: “It’s not my decision”
Next articleUFC parts ways with 11 fighters
© Newspaper WordPress Theme by TagDiv