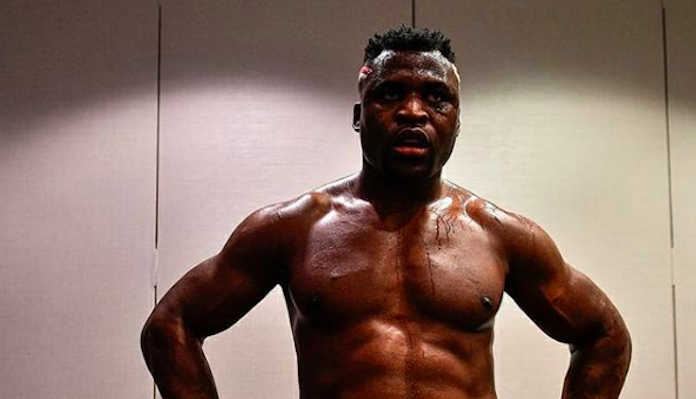 Francis Ngannou wants another shot at the UFC heavyweight title, and believes a fight with Alexander Volkov could be the key to earning that opportunity. Unfortunately, the Cameroonian-Frenchman is convinced that Volkov is avoiding him and that the UFC is content to use him as a so-called gatekeeper.

“Just for the record, Volkov turned down the fight against me twice,” Ngannou told MMA Junkie. “One was July 2017 and August 2018. He clearly denied to fight me.

“The UFC have made it clear for everybody that I’m who you have to fight if you want to fight for the title,” Ngannou added. “It seems like I’m just there to be, to go to the gate. That’s how it looks now. If they want to fight for the title, they have to fight me, but how about me fighting for the title? It doesn’t seem to be in the talk, so that’s exactly what the UFC has made me appear, to be the gate holder. And, yeah, I think Volkov is dodging me clearly. That’s not a secret that he’s dodging me.”

Ngannou added that he believes all three of his most recent opponents were promised title shots in victory — though none made it out of the first round with him. Yet the UFC does not seem willing to make him the same assurances.

Francis Ngannou is currently on a three-fight win-streak, having recently knocked out Curtis Blaydes, Cain Velasquez and Junior dos Santos, all in the first round. These wins were preceded by a pair of decision losses to Derrick Lewis and Stipe Miocic, the latter of which marked a failed bid at the heavyweight belt.