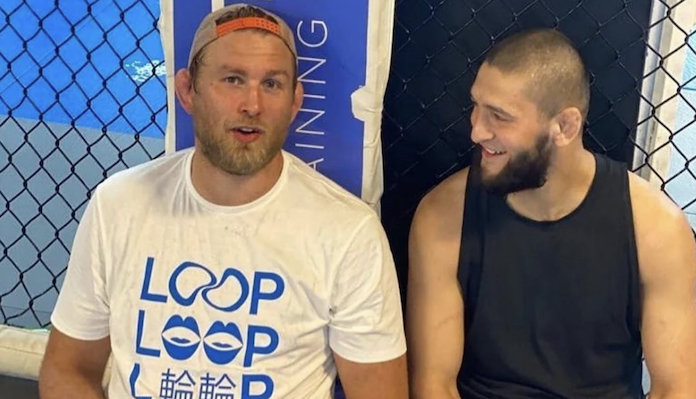 Ever since arriving in the Ultimate Fighting Championship, Khamzat Chimaev has been one of the most talked-about fighters in all of mixed martial arts. The ruthless manner in which he’s been able to reach 4-0 in the promotion has staggered the masses and now, with a rumoured bout against Gilbert Burns on the horizon, he’s already standing on the verge of a UFC welterweight title shot.

Gustafsson, who knows more than most how dangerous “Borz” is, gave fans an insight into just how hard he works during a recent appearance on The MMA Hour.

“He works harder than I ever worked,” Gustafsson said. “He’s doing five sessions a day, at least. In my prime, when I fought Jon [Jones] and those guys back in the day, I did three sessions a day, and I did, like, 20 rounds every sparring [session]. My conditioning was crazy. But this guy, he outworks me. He doesn’t get tired.”

“I better keep my hands up,” Gustafsson said. “I’m not kidding. He hits hard. He has this thing that he’s fast, and he has very good precision, so he doesn’t need a lot of power to just knock people out, because he knows what he’s aiming at, and he hits every time.

“I’ve play-sparred with lot of guys, you’re just laughing and joking around and having a good time. But this guy, when he comes to spar, he comes to spar. It doesn’t matter if it’s me or another guy, he just goes.”

Do you expect to see Khamzat Chimaev challenge for the 170-pound title before the end of the year? If so, would he be the favourite? Let us know your thoughts down in the comments, BJPENN Nation!