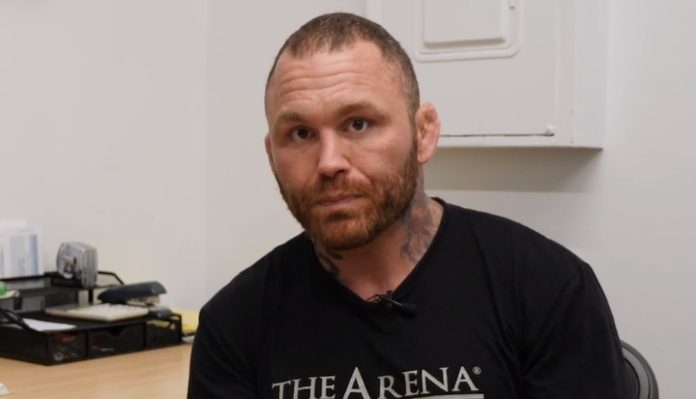 Former UFC middleweight Chris Leben has announced that he’s been hospitalized as a result of a bout with COVID-19.

Leben, 41, has been heralded as a true MMA veteran by many fans after the years of commitment he gave to the sport. His time in the UFC featured a lot of ups and downs, including a highlight reel loss to Anderson Silva and big knockout wins over the likes of Wanderlei Silva and Mike Swick.

His tenure in the promotion came to an end when he retired from mixed martial arts in January 2014. However, he did return to compete in bare-knuckle boxing, accumulating a 3-1 record that ended with his official combat sports retirement following a nice knockout win over Quentin Henry in February 2021.

Unfortunately, Leben has another battle on his hands as he confirmed on Instagram.

“So I’ve been in the hospital since Tuesday. I went in after a cough and shortness of breath I developed after Covid. I’m not one to bellyache to the world. But if you haven’t seen me at the gym or around that is why. And if you can shoot some positive vibes my way other than that I don’t really wanna say much until we know exactly what’s going on”

Leben’s message was quickly followed by a parade of well-wishers in the comment section.

The COVID-19 pandemic has led to a lot of hospitalizations across all sports and at this stage, all we can do is hope for the best for Chris and send our best wishes to him and his family.

What are your favourite memories from the combat sports career of Chris Leben? Did you enjoy his run in BKFC? Let us know your thoughts down in the comments, BJPENN Nation!