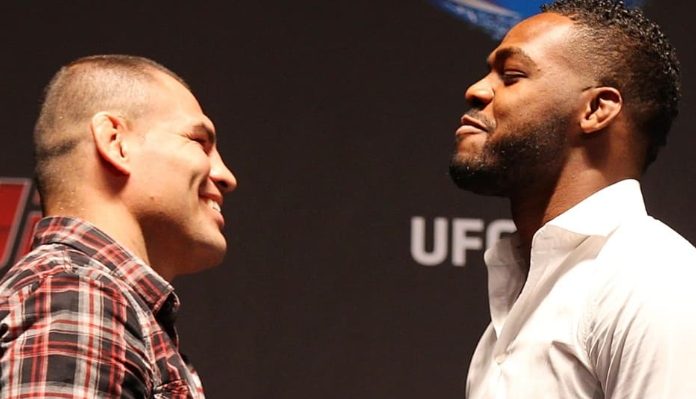 Having fought less than he would have preferred to in recent years, at the very end of 2018, Jon Jones returned to the UFC and reclaimed the light heavyweight title.

To start off 2019, former two-time UFC heavyweight champion Cain Velasquez will also be making his return to the Octagon as he faces off with Francis Ngannou tomorrow night.

However, that hasn’t stopped him from being asked about potential other match-ups. One of which obviously being the at one time champion vs champion bout that would have been him vs Jones.

When recently asked about Jones, Velasquez shared his confidence towards being able to beat him if the fight were to happen. This prompted an interesting response from the light heavyweight champ on Thursday.

“Your confidence is going to have to be on lock in order to beat me my guy. Can’t be talking about ‘I think I can.’ I feed off picograms of self-doubt, and I can smell it from miles away. 🦁 For now let’s just focus on the fights ahead of us. My heavyweight days are inevitable.” Jones said on Instagram.

For Jones, a move up to heavyweight has always seemed like nothing more than a fantasy as despite him teasing it again here, other times he’ll say that he feels most comfortable at 205-pounds. Jones has also recently said that he walks around at about 225-pounds.

Of course, before anything can be talked about further between the two, they’ll need to win in their respective next outings.

On March 2 at UFC 235, Jones will look to defend his title for the first time since winning it back at UFC 232 when he takes on the continually overlooked Anthony ‘Lionheart’ Smith.