Demetrious Johnson has given his thoughts on the UFC booking Deiveson Figueiredo vs. Brandon Moreno yet again.

‘Mighty Mouse’ departed the UFC in 2019 in the first-ever “MMA trade”. Johnson was sent to the Asia-based ONE Championship promotion, and Ben Askren was sent to the UFC. The former UFC flyweight champion was last seen in action this past weekend, defeating Rodtang Jitmuangnon in a mixed-rules bout.

Even though he’s no longer in the promotion, Johnson has kept an eye on the UFC. He’s never felt the need to really discuss the current flyweight division, but he’s now given his thoughts.

On The MMA Hour with Ariel Helwani, the 35-year-old criticized the UFC for looking to book Deiveson Figueiredo vs. Brandon Moreno again. The two flyweights have faced off three straight times, and will likely go again later this year.

While the Brazilian requested a different bout, the UFC is apparently set on the quadrilogy fight, and so is Moreno. In Johnson’s eyes, making the fourth fight would not only be a mistake for the promotion but the former champion as well. 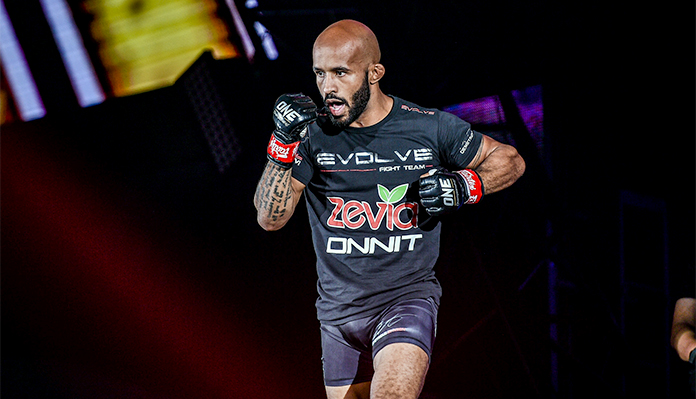 “The [Deiveson Figueiredo] vs. Brandon Moreno fight, why do a fourth fight? Like, why? Fight [Alexandre] Pantoja, let Pantjoa fight. Let Kai-Kara France fight. Let someone totally different fight. Get a fresh look in front of you… Yes, it makes a lot of money sense for the UFC, and maybe the athletes too. But I know how the UFC contracts are structured, whether Brandon Moreno fights Figueiredo or Kai Kara-France, I’m sure gonna get the same pay. Those boys ain’t getting the same pay-per-view points. Flyweights never get paid pay-per-view points. Don’t act like y’all getting 800,000 thousand pay-per-view buys.”

What do you think about Demetrious Johnson’s comments about Deiveson Figueiredo vs. Brandon Moreno 4? Would you like to see the fourth fight for the title next?