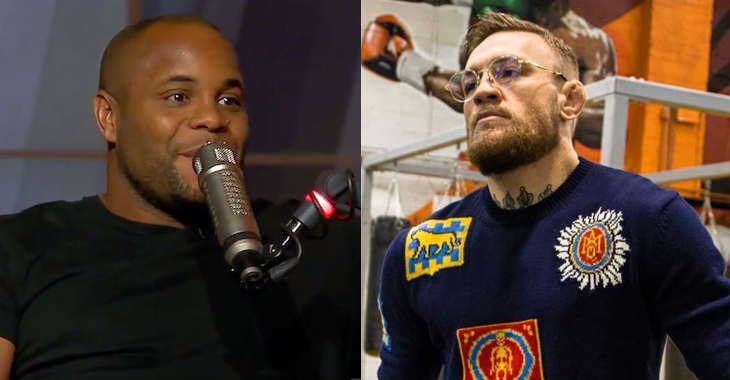 The Irishman has been out of the cage since UFC 264 in July 2021. McGregor suffered a broken leg during his trilogy bout with Dustin Poirier. The injury has forced him to be on the sidelines for the better part of a year.

The 33-year-old has now stated that a comeback fight is on the way. In the past, he’s teased that he will receive a title shot upon his return. McGregor has been rumored to have bouts with Charles Oliveira and Kamaru Usman upon his return.

While Conor McGregor is targeting a title fight for his return, not everyone thinks he should jump into the deep end. Some have broached the idea that the former champion should take a tune-up fight to get reacclimated to the cage due to his recent losses and injuries.

“I tap in on the tune-up fight. Honestly, we’ve seen Conor in a tune-up fight before, when he fought Cowboy Cerrone. That was about as tune-up a fight as it can be. I understand that people don’t like saying that Cowboy is a tune-up but at this point in his career, it was a tune-up fight. It lasted forty seconds but it sold a million pay-per-view buys.”

Daniel Cormier continued, “It doesn’t hurt to put Conor in there with someone who has a name, but may not be as dangerous to beat him right now. I absolutely tap in on Conor needing a tune-up. It just has to be the right name for that tune-up fight for the company to still sell a boatload of pay-per-views, and Conor to look good to warrant that next fight that is massive.”

What do you think about Daniel Cormier’s comments on Conor McGregor?