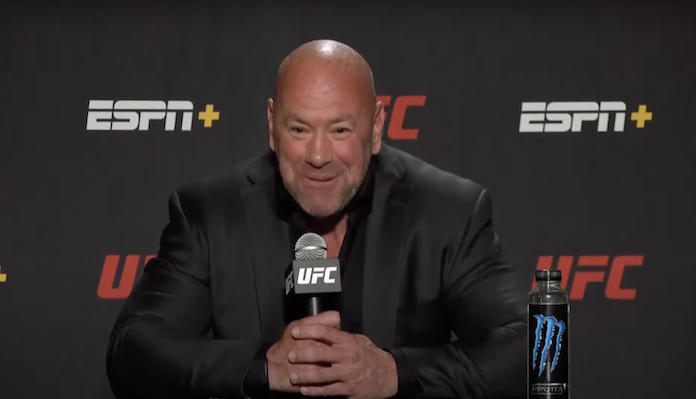 UFC President Dana White shared his thoughts on the performance of Nick Diaz at UFC 266 during a media scrum on Tuesday afternoon.

Diaz (26-10 MMA) returned from a six year hiatus on Saturday night when he returned to the Octagon for a middleweight bout with former opponent Robbie Lawler. The pair had initially collided 17 years ago in a welterweight bout at UFC 47, with the Stockton Slugger emerging victorious by way of second round knockout.

Saturday’s Nick Diaz vs. Robbie Lawler rematch resulted in the thrilling contest that Dana White and fight fans were hoping for. In the end, it was ‘Ruthless’ who exacted his revenge by finishing the Stockton Slugger in the third round.

When asked if UFC fans will get the chance to see the eldest Diaz brother fight again Dana White replied with the following.

“I don’t know, but he looked damn good. That kid has a ton of heart.”

Immediately following his loss to ‘Ruthless’, Diaz spoke with UFC commentator Daniel Cormier where he offered the following words:

Do you agree with Dana White that Nick Diaz looked “incredible” at UFC 266 considering his lengthy layoff? Share your thoughts in the comment section PENN Nation!