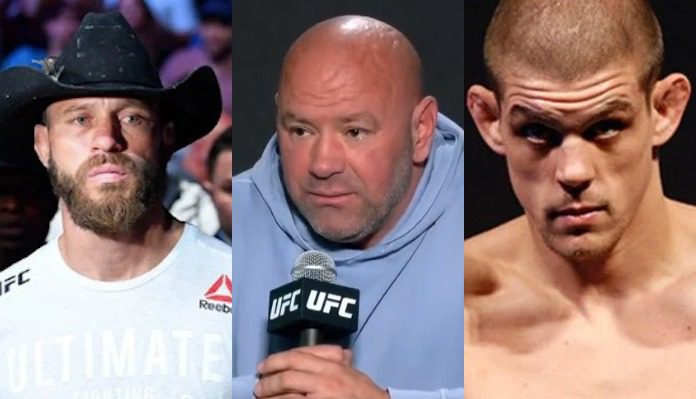 Lauzon and Cerrone were initially set to mix it up at UFC 274. Illness struck “Cowboy” causing the fight to be pushed back.

The fight was rescheduled for UFC Austin and while both men made weight, Lauzon didn’t show up to the ceremonial weigh-ins. A knee injury, which has apparently since corrected itself, forced Lauzon off the card.

Speaking to reporters during the UFC Austin post-fight press conference, Dana White said he will not be looking to schedule Lauzon vs. Cerrone once more (h/t MMAFighting.com).

“That thing’s getting like Tony [Ferguson] and Khabib [Nurmagomedov],” White said at the UFC Austin post-fight press conference. “No, I will not book that fight again.”

The UFC boss went on to say that Cerrone was offered the chance to fight in July but “Cowboy” didn’t want to cut weight again so soon.

Cerrone took to the ESPN+ post-fight show and confirmed something was on the table.

“They’re already in the talks for here real soon,” Cerrone revealed. “They offered me one really soon, and I said we’re going to have to talk about a catchweight for sure. I’ve shown I can make the weight back-to-back. It’s not the weight. So we’ll see.

“I’m going to talk to [UFC matchmaker] Sean [Shelby] here tonight and we’re going to figure it out. I’m sure you guys will see me in the next couple weeks.”

Time will tell what’s next for both men but it seems clear they will not be fighting each other unless Dana changes his mind.