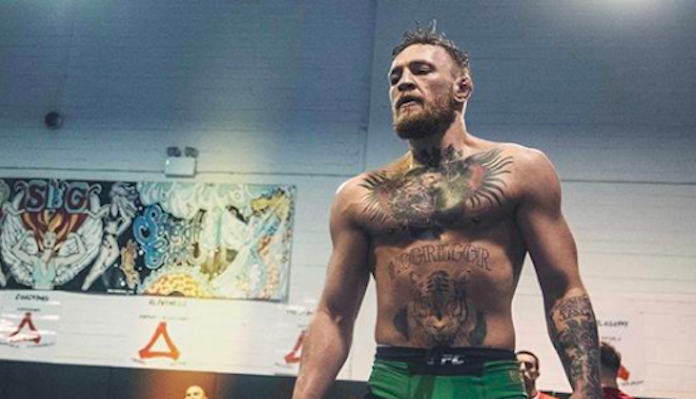 McGregor shocked the MMA world back in June when he announced his retirement from the sport.

“The game just does not excite me, and that’s that,” McGregor told ESPN shortly after announcing his retirement on Twitter. “All this waiting around. There’s nothing happening. I’m going through opponent options, and there’s nothing really there at the minute. There’s nothing that’s exciting me.

“I’m a bit bored of the game,” McGregor added. “I’m here watching the fight. I watched the last show — the [Tyron-Woodley-Gilbert Burns] show — I watched the show tonight. I’m just not excited about the game, Ariel. I don’t know if it’s no crowd. I don’t know what it is. There’s just no buzz for me.”

Speaking on ESPN’s First Take, White provided an update on Conor McGregor. The UFC boss speculated that McGregor, who is now extremely wealthy, has a few fights left, and is likely biding his time before announcing his goals with respect to his next contest.

“What’s going on with Conor McGregor is what goes on with all professional athletes when they become extremely wealthy,” White said of the Irish MMA superstar. “Conor McGregor is rich. He gets to pick and choose what he wants to do now, and he’s at that point in his career where he’s got a few fights left. As of right now, he’s retired, but I wouldn’t be surprised if he came out and wanted to fight somebody next year after all these different fights play out.”

While White now seems to believe McGregor will fight again, he recently sang a different tune, insisting that the Irishman is legitimately retired. Needless to say, it will be interesting to see how McGregor’s future unfolds.

McGregor last fought in January, when he defeated record-collecting veteran Donald “Cowboy” Cerrone via first-round TKO. It took him just 40 seconds to seal the deal with a series of shoulder strikes, a head kick, and a volley of ground strikes.

Do you think we’ll see Conor McGregor fight again in the future?