Home » MMA News » UFC » Cub Swanson returns to the Octagon on May 1 agains... 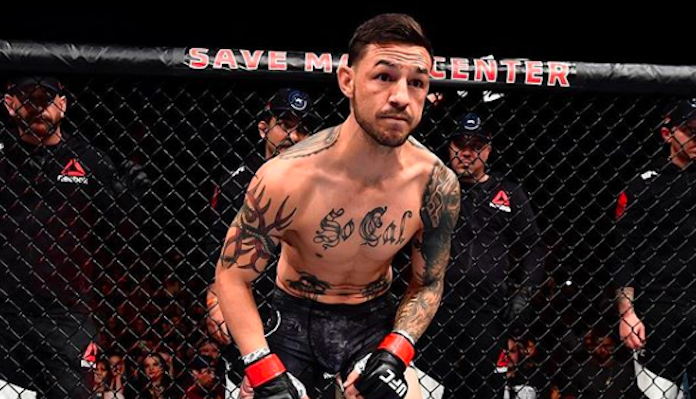 UFC featherweight fan-favorite Cub Swanson returns to the Octagon on May 1 when he takes on Canadian Gavin Tucker.

Marcel Dorff of MMA DNA broke the news that Swanson vs. Tucker will be on a UFC Fight Night card that is set to take place on May 1. So far, there are few other details known about that event, but it is likely going to be a Fight Night card in Las Vegas. In addition to Swanson vs. Tucker, featherweight bouts between TJ Laramie vs. Damon Jackson and Kai Kamaka III vs. TJ Brown were also added to that card.

Cub Swanson returns on May 1st. "Killercub" takes on the Canadian Gavin Tucker in a Featherweight bout. pic.twitter.com/yCcIf6zEl5

***BREAKING NEWS*** Cub Swanson returns on May 1st. “Killercub” takes on the Canadian Gavin Tucker in a Featherweight bout.

Swanson (27-11) is coming off of back-to-back wins as an underdog over Daniel Pineda and Kron Gracie. The 37-year-old American is one of the longest-tenured fighters in the UFC featherweight division, having been a member of the division dating back to 2011. He’s 12-7 all-time in the Octagon, and that includes notable wins over the likes of Dustin Poirier, Doo Hoi Choi, Jeremy Stephens, Charles Oliveira, and Artem Lobov. Swanson is getting up there in age and has dealt with numerous injuries over the last few years, but he continues to defy the odds to win.

Tucker (13-1) is currently riding a three-fight win streak with victories over Billy Quarantillo, Justin Jaynes, Seung Woo Choi, and Sam Sicilia, with a brutal TKO loss to Rick Glenn. What has been so amazing about the 34-year-old Tucker is that after getting demolished by Glenn and taking two years off after that, he has gone on to win three straight fights and get to the edge of the featherweight top-15. A win over Swanson would be just what the doctor ordered for Tucker to get into the rankings.

Who do you think wins this exciting featherweight fight between Cub Swanson and Gavin Tucker?