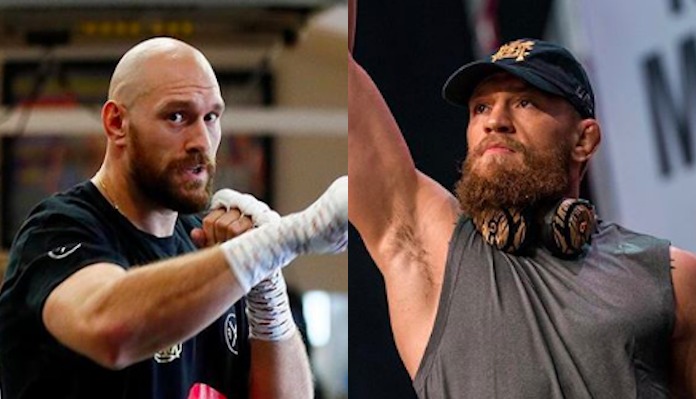 Heavyweight boxing superstar Tyson Fury has shared his thoughts on why Conor McGregor came up short against Dustin Poirier at UFC 257.

After being stopped by a volley of strikes in the second round of his UFC 257 fight with Poirier, McGregor was quick to blame his prolonged stretches of inactivity for his performance.

“You know, its hard to overcome inactivity,” McGregor said in his post-fight interview with commentator Jon Anil. Especially over long periods of time. His leg kicks were good. That low calf kick was very good. My leg was dead and then I just wasn’t as comfortable as I needed to be. I mean its inactivity and that is it. Dustin is some fighter though. If you don’t put in the time in here (Octagon), you’re going to get cold in here. I have to dust it off and come back and that’s what I will do.”

Fury, who has endured some lengthy layoffs himself, agrees that inactivity was likely a big factor in the McGregor’s loss to Poirier.

“So inactivity kills the cat, no doubt about it.”

Fury then shed some light on the kinds of problems fighters can run into when they don’t compete regularly.

“If you had three fights on the bounce after you’d never been in the ring for three years, in the third one you’d be ten times better than the first. I’ve always known it. Because I’m a boxing historian I’ve always known about the inactivity.”

What do you think of these comments from Tyson Fury? Do you think Conor McGregor would benefit from a busier scheduled of competition?