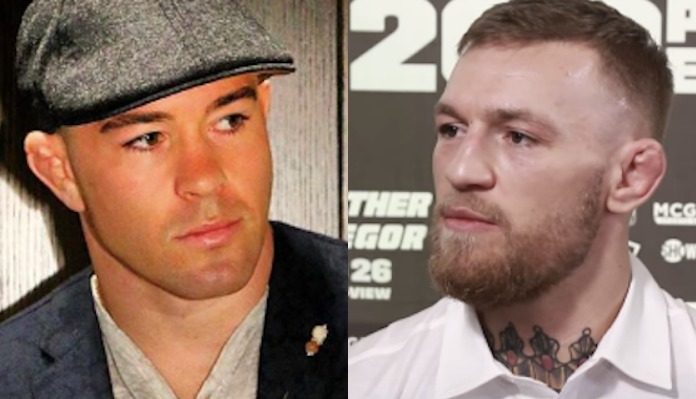 Conor McGregor took part in a Q&A session on Twitter this afternoon where he shared his thoughts on Usman vs. Covington 2.

The former two-division champion, McGregor (22-6 MMA), has been busy rehabbing the broken leg he suffered in his trilogy fight with Dustin Poirier at UFC 264. With that said, ‘Notorious’ has still found time to take in some fights, including UFC 268’s main event rematch between Kamaru Usman and Colby Covington.

Usman (20-1 MMA) and Covington (16-3 MMA) collided for a second time on November 6, this after the ‘Nigerian Nightmare’ had emerged victorious via a thrilling fifth round TKO in their first fight.

Their rematch proved to be another thrilling war. Kamaru Usman was able to get off to a strong start in the fight and wound up dropping Colby Covington on two occasions in the second round. However, ‘Chaos’ stormed back in rounds three and four, leaving many to believe the fight was 2-2 after twenty minutes. The final five minutes resulted in another competitive round and following the buzzer Usman was awarded a unanimous decision victory.

During today’s Q&A, Conor McGregor was asked how he felt about a potential fight with the reigning UFC welterweight champion, Kamaru Usman.

In his response, the Irishman gave props to ‘Chaos’, suggesting Covington “lumped up” Usman while finishing the rematch stronger.

Thought Colby lumped him up nice last fight. Finished stronger. Without that 2nd round knockdown it’s Colby’s fight imo. If even still. I see many holes. As well as a suspect dome.
I fancy it greatly for the treble. https://t.co/o4RPXvTWS6

“Thought Colby lumped him up nice last fight. Finished stronger. Without that 2nd round knockdown it’s Colby’s fight imo. If even still. I see many holes. As well as a suspect dome. I fancy it greatly for the treble.” – McGregor replied.

It remains to be seen who Conor McGregor will fight in his return. The Irish star has expressed interest in a number of potential opponents for his next Octagon appearance (see that here).