Former UFC featherweight title challengers The Korean Zombie and Brian Ortega will finally collide inside of the Octagon on October 17.

The bout was initially reported by @CCLegaspi on Twitter and later confirmed to be in the works by sources close to BJPENN.com.

Chan Sung Jung (16-5 MMA) aka ‘The Korean Zombie’ and Brian Ortega were previously slated to compete at December’s UFC event in Busan.

Unfortunately, Ortega was forced to pullout of the contest due to injury and was thus replaced by Frankie Edgar. Jung would go on to defeat ‘The Answer’ by way of first-round TKO at the event.

That victory marked The Korean Zombie’s second finish in a row, as he had previously defeated Renato Moicano by way of TKO.

As for Brian Ortega (14-1 MMA), ‘T-City’ will be competing for the first time since UFC 231 where he suffered the first loss of his career in his attempt to dethrone then-champion Max Holloway.

Ortega and Jung already have a heated rivalry, this after getting into a heated altercation at UFC 248. According to reports, ‘T-City’ had slapped ‘The Korean Zombie’s’ good friend Jay Park which caused the skirmish to occur. 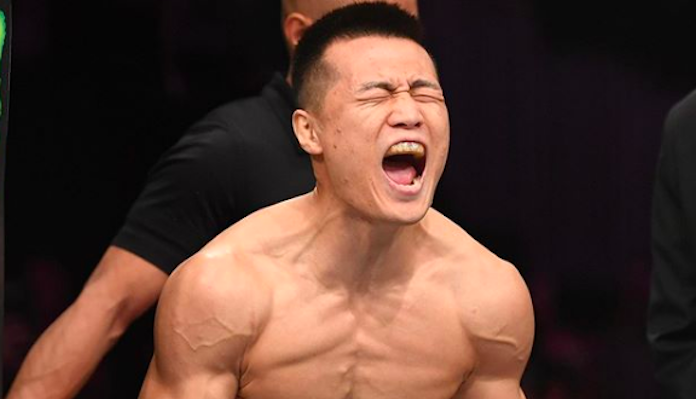 Since then Chan Sung Jung has vowed to get revenge against Brian Ortega and on October 17 he will finally get that opportunity.

“You should have attacked me. If so, I would have not been upset. You are such a coward for slapping a musician not a fighter.” The Korean Zombie wrote to Ortega on Instagram. “If you f*cking planned this to fight me and to use my name because people don’t remember your name anymore, then I congratulate you, it worked. I will fight you and I will knock you out and your fucking face will be bloody. Now, your fucking face stays in my mind and I will fuck you up in the cage. I hope you won’t run away from me again.”

Who do you think will emerge victorious when The Korean Zombie and Brian Ortega throw down on October 17? Share your predictions in the comments section PENN Nation!