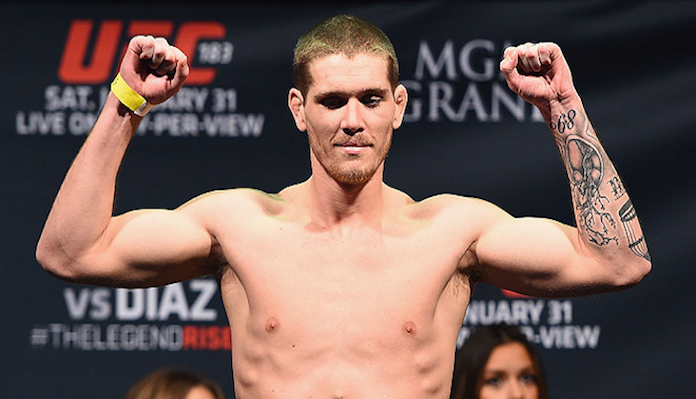 Former UFC welterweight Jordan Mein has agreed to an exclusive multi-fight deal with Bellator and is expected to make his promotional debut later this year.

The news of Mein signing with Bellator was first reported by TSN’s Aaron Bronsteter.

Mein will debut later this year in the welterweight division.

“BREAKING: Jordan Mein has signed an exclusive, multi-fight deal with @BellatorMMA . Mein will debut later this year in the welterweight division.”

Now 30 years old, Mein was once a highly-touted prospect on the Canadian regional scene. He made his professional MMA debut at just age 16 when he took on Rory MacDonald, losing by submission. From there Mein went on to fight for several local shows in Canada before signing with Strikeforce in 2011. He went 2-1 in Strikeforce with wins over Evangelista Cyborg and Tyler Stinson, with a split decision loss to Tyron Woodley.

Strikeforce was then bought by the UFC and Mein made his way over to the Octagon. He was expected to be a serious welterweight title contender but never ended up becoming much more than a gatekeeper. Although Mein is just 30, he has had 43 pro fights and has taken quite a bit of damage during his MMA career.

It’s unclear who Mein will face in his Bellator debut, but matchups against fellow Strikeforce alumni such as Paul Daley or Lorenz Larkin — all of who Bellator president and former Strikeforce boss Scott Coker brought in — could make sense. A fight with Michael Page could also be a lot of fun.

Who would you like to see Jordan Mein fight in his Bellator debut?