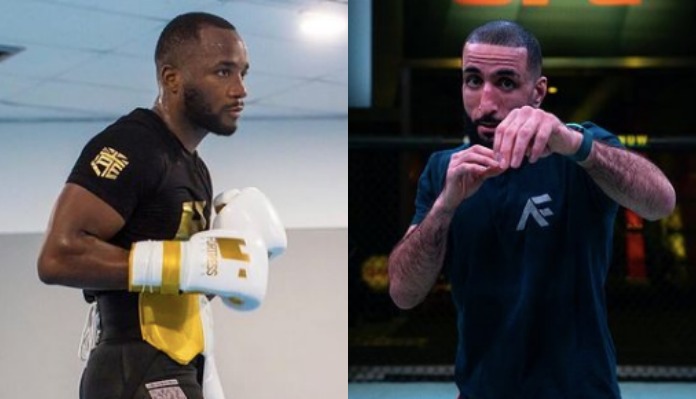 Belal Muhammad ripped rival Leon Edwards for the Nate Diaz fight, saying that “you probably lost more fans than you gained in that one.”

Muhammad is coming off of a unanimous decision win over Demian Maia at UFC 263, and Edwards defeated Diaz via decision on the same card. However, while Edwards got his hand raised in the fight, most people remember the fifth round where Diaz rocked Edwards badly. The Brit was able to hold on and survive, but it didn’t seem like the type of elite performance that will earn him a title shot, and that’s why Muhammad wants the rematch.

Although Edwards is hoping for a rematch with UFC welterweight champion Kamaru Usman, it seems more likely that Colby Covington will be next in line for the belt. That’s why Muhammad is hoping that Edwards will give him a rematch in the meantime, following their controversial fight earlier this year that ended in a No Contest due to an eye poke. As far as Muhammad goes, Edwards didn’t impress against Diaz and didn’t earn a title shot.

“For him, the worst thing that could have happened to him was the way that whole Nate Diaz fight happened. If he went in there, pulled a (Jorge) Masvidal, killed him, murdered him, then Dana White has to give you the title fight. But you went out there, you played it a little bit safe, you dominated it but then that last 30 seconds you got rocked, and now every single fan out there, you could have stolen all of his fans but you didn’t. You probably lost more fans than you gained in that one just because of the way it happened and you didn’t earn yourself a title fight,” Muhammad told MMAjunkie (via MMAFighting).

Do you want to see the rematch between Belal Muhammad and Leon Edwards?