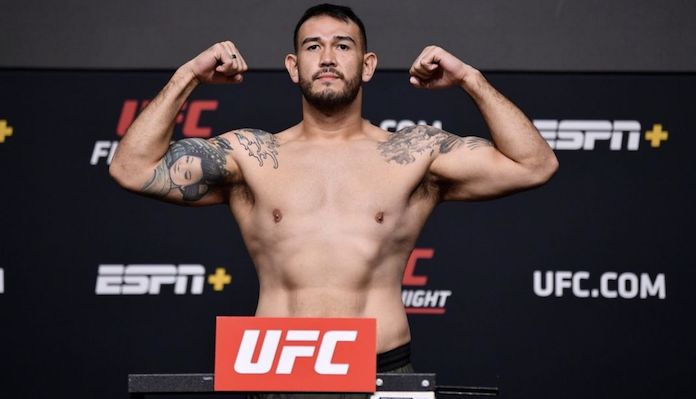 Sakai and Rozenstruik was a Pick ’em fight at the sportsbooks, but it turned out to be a blowout win for Rozenstruik after he knocked Sakai out with one second left to go in the first of five scheduled rounds. For Sakai, this is his second straight loss in the Octagon after getting stopped by former UFC fighter Alistair Overeem in his last outing. This loss to Rozenstruik was Sakai’s opportunity to emerge as a legitimate title contender in the UFC heavyweight division, but following the KO loss, it’s back to the drawing board for him.

Taking to his social media following the knockout defeat to Rozenstruik, Sakai posted a video statement where he provided fans with a health update following the KO loss.

The loss to Rozenstruik dropped Sakai’s UFC record to 4-2 overall. He remains a top-10 ranked heavyweight but losing by knockout in two straight fights is obviously not a good thing for his career. It seems likely that Sakai will get a step down in competition for his next fight against someone in the lower half of the top-15 or perhaps someone unranked.

What do you think is next for Augusto Sakai following back-to-back losses to Alistair Overeem and Jairzinho Rozenstruik by knockout?