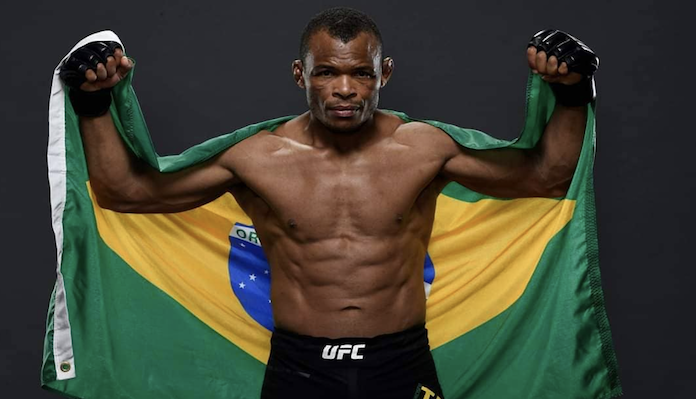 UFC lightweight Francisco Trinaldo issued a statement following his loss at UFC Vegas 28, saying that “I’m not ashamed of my performance.”

Trinaldo moved up to the welterweight division for the first time in his UFC career following a three-fight losing streak at lightweight with wins over Jai Herbert, John Makdessi, and Bobby Green. At age 42, Trinaldo is one of the oldest fighters in the UFC but he has continued to have plenty of success in the Octagon even given his elder status. On Saturday night, Trinaldo made his 170lbs debut when he took on Muslim Salikhov. Although Trinaldo fought hard for the full 15 minutes, Salikhov had the upper hand in the striking and grappling and was given the unanimous decision by the judges after the fight.

Taking to his social media following UFC Vegas 28, Trinaldo issued a statement about his loss, indicating that he wasn’t unhappy with his performance and he’s eager to fight again.

I would like to thank everyone for the fans… Unfortunately, I don’t leave with my hand raised, but I’m not ashamed of my performance either… Now I have to raise my head, train more, because my uncle here is going to be hard on this new division, you see. Congratulations to my opponent @muslim_salikhov for the fight

The loss to Salikhov isn’t one that should lead to Trinaldo getting booted to the bottom of the standings given that Salikhov is on a five-fight win streak himself. For Trinaldo, he seems likely to fight someone else who isn’t ranked in his next outing at 170lbs. The UFC could either opt to match him up with another veteran around his age or perhaps use him as a gatekeeper and match him up with an up-and-coming prospect at welterweight.

Who do you want to see Francisco Trinaldo fight next after losing at UFC Vegas 28?